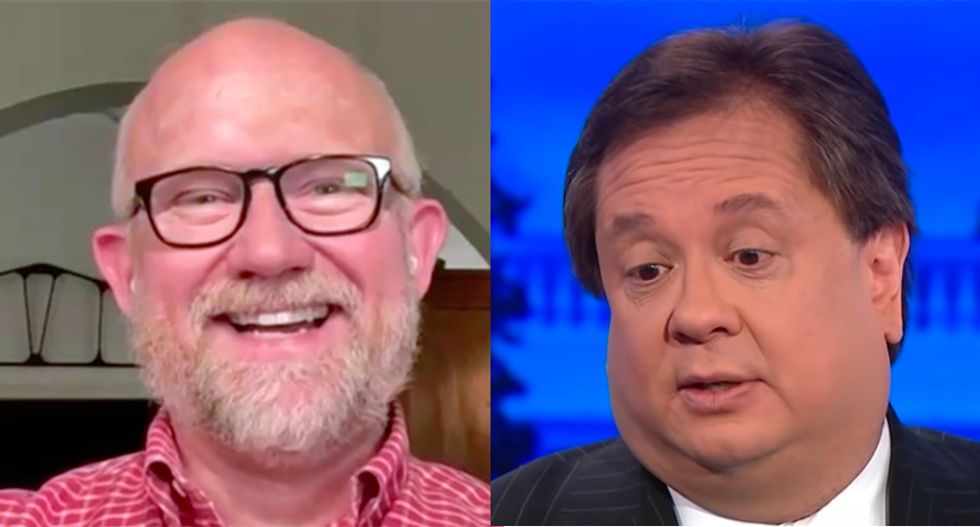 Conservative attorney George Conway -- who is married to former Donald Trump adviser Kellyanne Conway -- made an appearance on GOP consultant Rick Wilson's "The New Abnormal" podcast on Tuesday, where the two Lincoln Project founders wondered whether the president really wants the Republican Party to hang onto the two Georgia Senate seats headed for a run-off in January after he went down to defeat in the state.

The trio started off the Daily Beast podcast with a hilarious dramatic reading of the Washington Post's bombshell report about the president's inability to comprehend how he lost the election, with Conway laughing at the mention of Trump's "fragile mental state."

With podcast co-host Molly Jong-Fast chiming in, Conway got around to the Georgia election by pointing out, “Republicans did better than he did,” which “... undercut his claim of fraud. It means that there were significant numbers of Republicans who couldn't stomach him. And that's the reason why he lost and all these other people won.”

For his part, Wilson mocked the Republican Party's desperate appeals to Georgia voters to turn out for the election run-off while Trump undercuts them by claiming the election was rigged and that Georgia's Republican governor and Republican secretary of state aren't to be trusted.

Wilson focused on Republican National Committee head Ronna Romney McDaniels humiliating appearance before Georgia voters last weekend, where she implored locals to vote while at the same time backing the president's assertion that the election was riddled with fraud.

“It was amazing to see Ronna McDaniel desperately try to explain to Republicans why they need to vote in an election that will decide the balance of the Senate,” Jong-Fast said, which set up Wilson to reply, "It was like watching a walrus trying to f*ck a beach ball. It's so awkward.”

You can listen below: