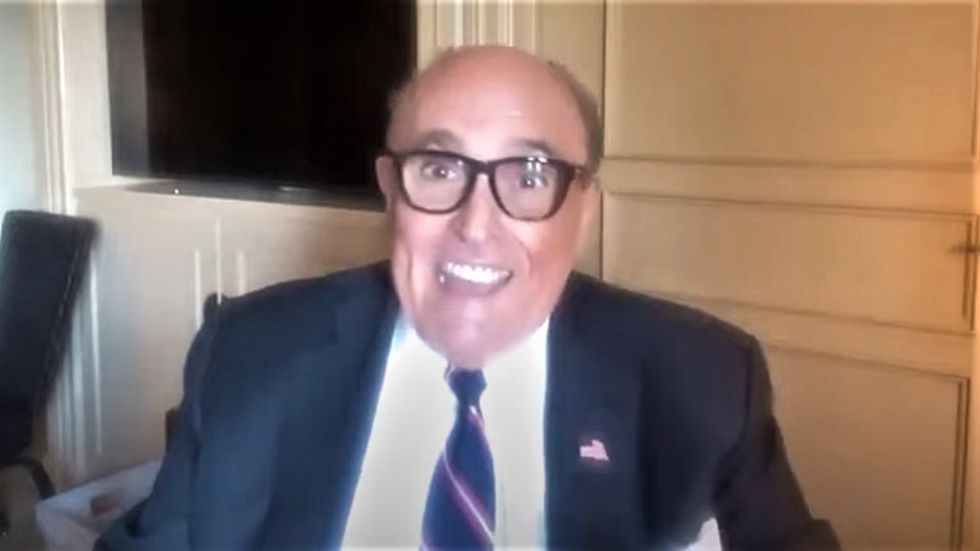 Trump attorney Rudy Giuliani on Thursday was out of the hospital after being infected with the novel coronavirus and was once again promoting conspiracy theories about the 2020 presidential election being "stolen" from President Donald Trump.

During a hearing with the Georgia House of Representatives, the former New York mayor described possessing a video featuring election workers "passing around USB ports as if they're vials of heroin or cocaine."

It is unclear what this was meant to prove, although Giuliani insisted that the way they passed USB drives to one another was definitive proof of a criminal conspiracy.

"I mean, it's obvious to anyone who's a criminal investigator!" he said. "They are engaged in surreptitious, illegal activity!"

Giuliani then lamented that these purportedly criminal poll workers had not yet been questioned, nor had their homes been raided.