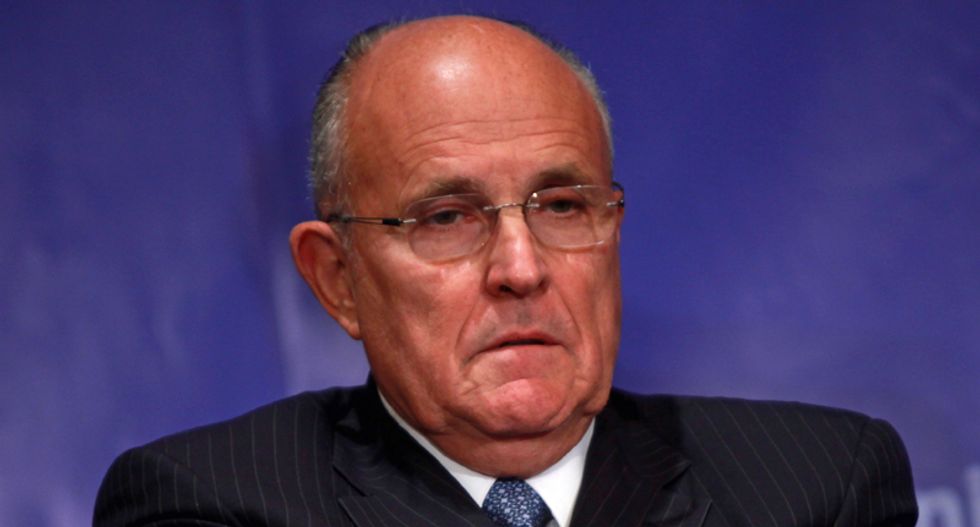 President Donald Trump announced on Twitter Sunday afternoon that Rudy Giuliani, 76, has tested positive for the coronavirus. CNN is now reporting that Giuliani is in Georgetown University Hospital in downtown Washington, D.C., after the announcement of his diagnosis.

"Rudy Giuliani, by far the greatest mayor in the history of NYC, and who has been working tirelessly exposing the most corrupt election (by far!) in the history of the USA, has tested positive for the China Virus. Get better soon Rudy, we will carry on!!!" Tweeted Trump on Sunday.

It was mere hours after Giuliani appeared tired and subdued in a Fox News appearance Sunday morning. Two hours after Trump's tweet, CNN revealed Giuliani was in the hospital.

Dr. Ashish Jha told Wolf Blitzer that typically, when people are diagnosed with the virus, they have a few days at home before it firmly takes hold, and they end up in the hospital. It prompted him to wonder when Giuliani actually got the virus and if he's been spreading it across the United States as he's hosted mock election hearings.

During the report, CNN showed footage of Giuliani hugging people without a mask while in the Georgia state capitol.

The story is still developing.