The View's Whoopi Goldberg tells Trump: 'You’re not going to run in 2024 if you’re in jail, my friend' 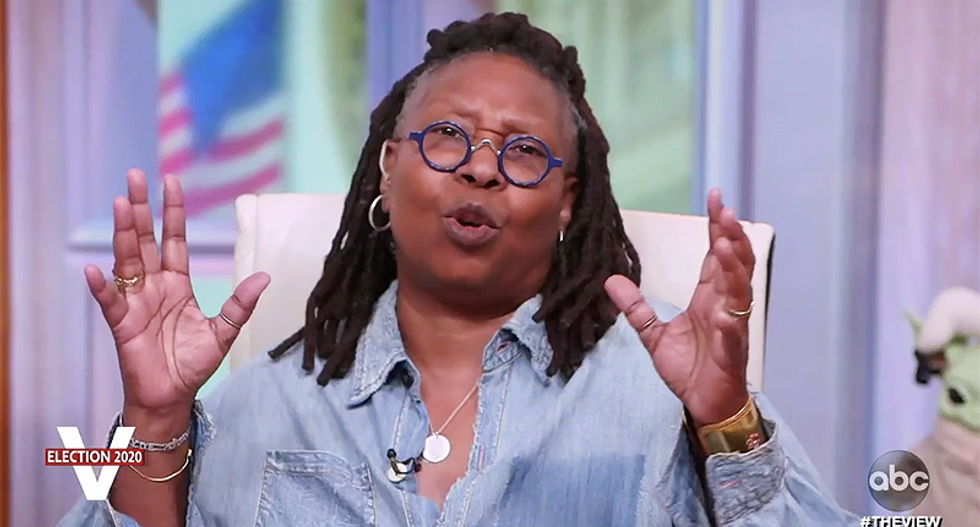 "The View's" Whoopi Goldberg doesn't think that if President Donald Trump can get a pardon that it still won't stop him from being jailed just in time for the 2024 election.

The panel of co-hosts discussed the multiple requests for pardons that are coming from Trump world. Tuesday, it was reported that Rudy Giuliani asked Trump to pardon him for anything he may or may not have done that could necessitate such a pardon. Giuliani has been trotting around the country, waging as many lawsuits as possible in an attempt to change the results of the 2020 election. There were reports that Giuliani might be under a federal investigation for his involvement in the Ukraine scandal that got Trump impeached. No information about that has surfaced publicly, however.

Goldberg wondered if a president could pardon themselves, saying that former President Richard Nixon would probably have done it if it was a possibility.

"I was like, wait; if you pardon yourself, you're saying I'm guilty. Is a pardon like a get-out-of-jail-free card for anything you're eventually accused of? As they accuse you, you reveal that was the pardon? I don't know how you would execute this. It's convenient for Sean Hannity to talk about that. We've got so many things going on right now. We're in the throes of a pandemic without stimulus relief. We're talking about vaccines and getting them distributed effectively. We just got some of the country to agree on the results of an election that happened last month now. We have other things. We're transitions administrations. There's so much going on. I'm like, why are we talking about the pardon? Let's put that at the bottom of the priority list, so we can worry about what America actually needs. Then we can deal with Trump once we get everyone out of the White House, put the new group in the White House. There's so much going on. I'm like why are you talk about this, dude?"

"She is!" agreed former federal prosecutor Sunny Hostin. "I would imagine his pardon power is not that exhaustive. What's interesting to me once you pardon someone like Michael Flynn, that gives people immunity. Michael Flynn could decide to turn against Trump and testify against him. It's not the best strategy."

She went on to say she doesn't think that Trump has fully thought it through. The other problem is that a pardon would mean that a person would admit their own guilt. With Flynn, he already pleaded guilty twice. So, Giuliani's plea to Trump for a pardon would be another admission of guilt.

"He can try to pardon himself federally," said Goldberg. "There are all these people waiting. Letitia James is waiting with her foot. She is patting that foot, waiting for him to take a step out. He keeps saying he's going to run in 2024. You're not going to run in 2024 if you're in jail, my friend."