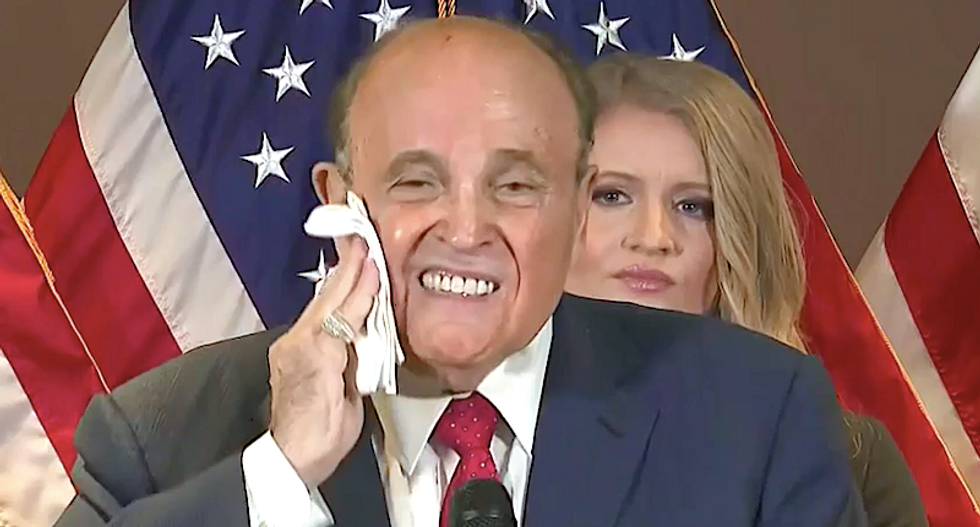 Andrew McCarthy, a former assistant United States attorney for the Southern District of New York and current columnist for The National Review, tore apart President Donald Trump's legal team this week for what he described as a "stunning" failure to produce evidence.

In his analysis of a recent Trump campaign legal defeat, McCarthy zeroed in on a decision written by Trump-appointed Judge Brett H. Ludwig, who didn't deny that the campaign had standing and instead let it present all of its evidence of purportedly massive voter fraud before the court.

"He gave the campaign the hearing they asked for -- the opportunity to call witnesses and submit damning exhibits," McCarthy explained. "Yet, when it got down to brass tacks, the morning of the hearing, it turned out there was no actual disagreement between the Trump team and Wisconsin officials about the pertinent facts of the case. The president’s counsel basically said: Never mind, we don’t need to present all our proof."

In looking at the campaign's actual arguments, McCarthy found that none of them dealt with fraud and were instead only gripes about the way the election was conducted.

Despite all this, Trump has continued to loudly insist that his campaign has uncovered copious voter fraud evidence.

"Every time a court offers him an opportunity to establish by proof what he is promoting by Twitter, Team Trump folds," McCarthy concluded. "Why is that?"