Trump is asleep at the wheel while the world is burning -- and it's a 'dereliction of duty': columnist

It has been four days since it was announced that Russia hacked the U.S. government and President Donald Trump hasn't said a word about it. That among several other major incidents prompted The Bulwark's editor, Jonathan Last, to ask "where is the president of the United States?"

This week, the U.S. saw substantial COVID-19 deaths and new infections while it was revealed that his government intentionally lied to Americans because they bought into the "herd immunity" theory. They even suggested intentionally spreading the COVID-19 virus to more people.

Meanwhile, unemployment is climbing, and the country is inches from a housing crisis as eviction bans sunset. Many small businesses are filing for bankruptcy while others are struggling to keep their doors open.

At the same time, Russia's attack on America is broader and will be monetarily costly to the U.S.

Trump hasn't said a word about it. For someone who purports to be a "tough" guy, he looks increasingly weak by refusing to do his job.

"And what is the president of the United States doing about them?" asked Last. He included Trump's tweets: 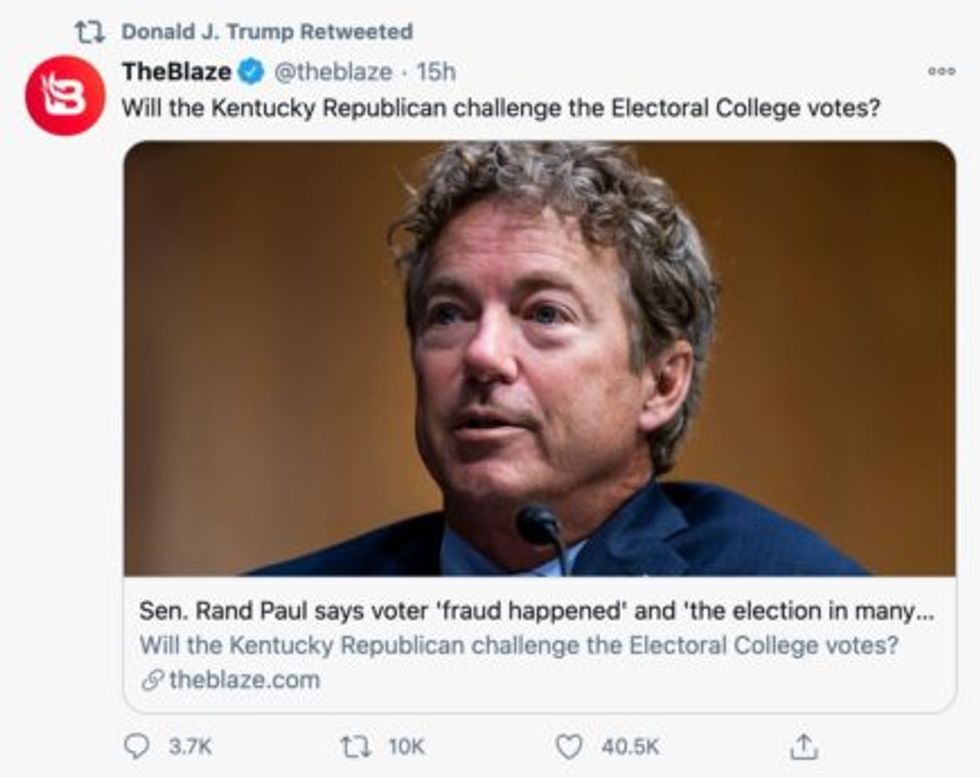 "In 45 tweets this week (so far) the president has not said a single word about the record deaths from COVID. Or economic stimulus. Or the Russian hack. Not. One. Word. Instead, it is an endless litany of complaints, self-aggrandizement, and conspiracy theorizing," wrote Last. "We have never seen a dereliction of duty at this scale from an American president. With citizens dying by the thousands every single day and the federal government being raided by the intelligence services belonging to his good friend, he pouts and rages and tweets and tries to overturn a free and fair election in order to break our democratic republic."

There's no precedent for this and no real guide for what the government can do to ensure the country is still working.

There is "no historical analog to help us understand the scale of destruction and the level of irresponsibility, stupidity, and derangement," he explained.

Read his full take at The Bulwark.