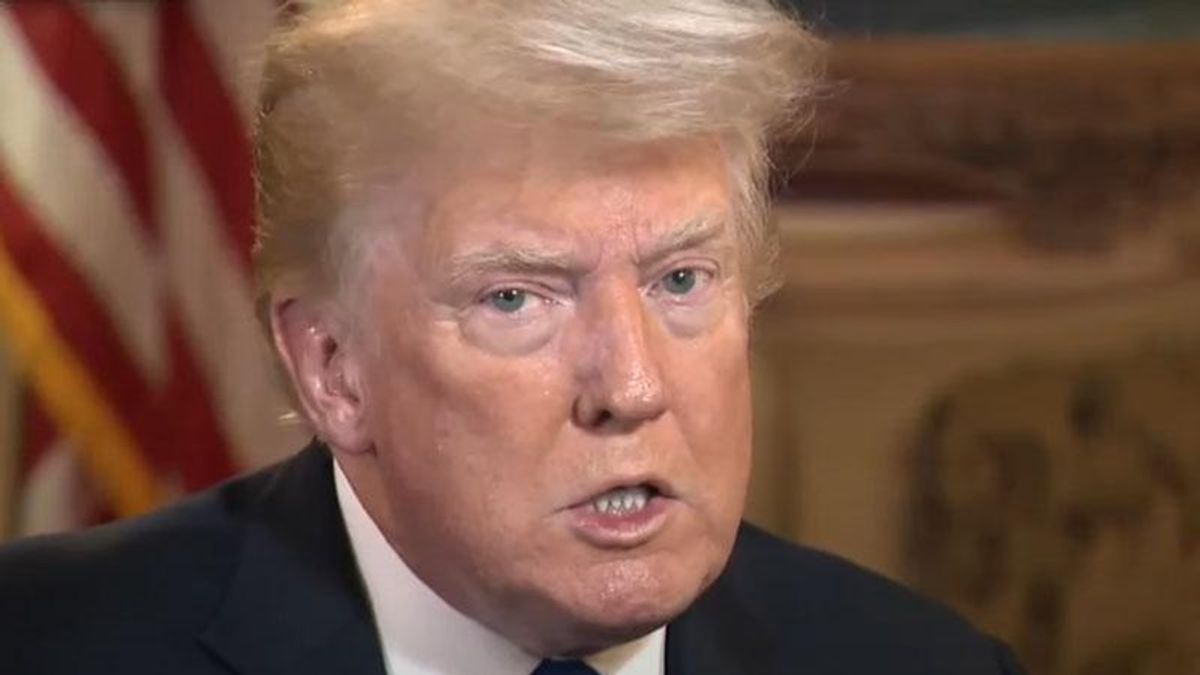 Donald Trump during an interview with Full Measure. (Screenshot)

President Donald Trump said in a recent interview on the Full Measure news program that he doesn't know whether or not the war in Afghanistan has concluded.

"Do you think the Afghanistan war is over?" the former president was asked by reporter Sharyl Attkisson.

Trump boasted in July 2021 that he had "started the process" of withdrawing all U.S. forces from Afghanistan. But the twice-impeached former president has been highly critical of his successor Joe Biden for pulling troops out of the country.

Attkisson's full interview with Trump will air Sunday, September 12. Watch a clip below: