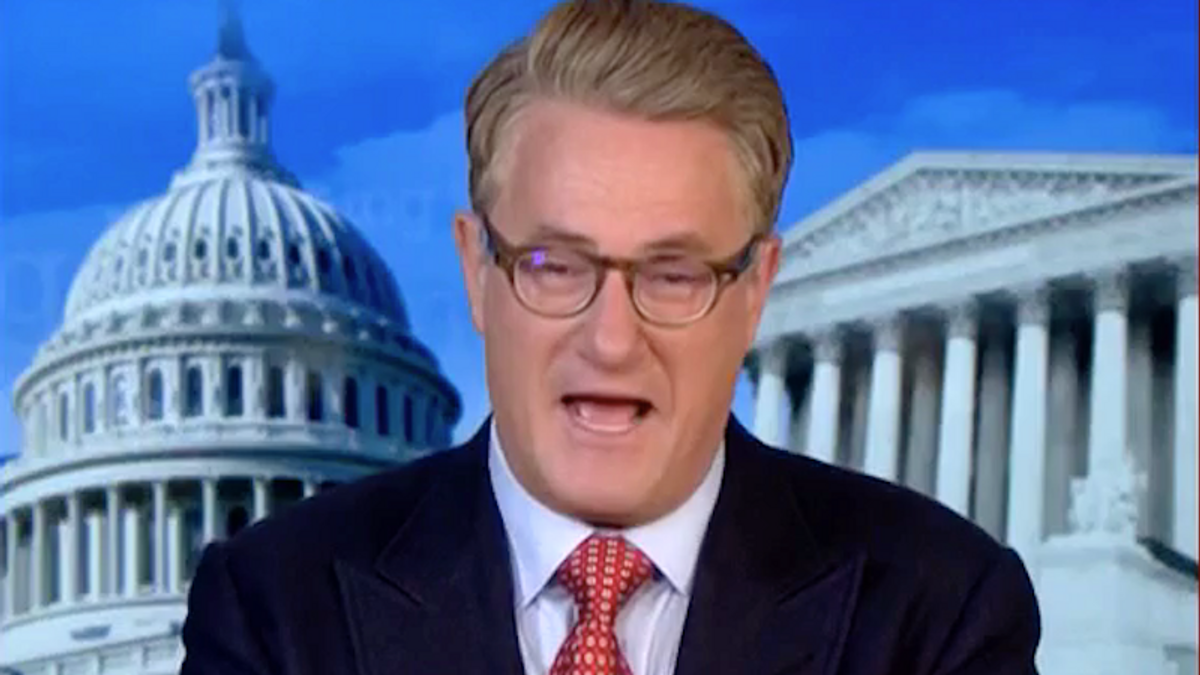 MSNBC's Joe Scarborough hooted with derision after Donald Trump apparently confirmed the crimes his longtime accountant was indicted on.

The "Morning Joe" host rolled video of Trump's rally speech over the weekend, where the twice-impeached one-term president claimed he didn't know his chief financial officer Allen Weisselberg had to pay taxes on fringe benefits the Trump Organization doled out.

"You can't actually say it's one of the dumber things you've ever heard him say," Scarborough said, cackling with laughter. "This guy who claims to be a business genius, you have to pay taxes on apartments? Whoever knew you had to pay taxes on cars and apartments? You know who did? They did -- because they had two spreadsheets. They were keeping two sets of books, according to the charges and the information. It seems they knew all too well the ramifications of not paying almost $1 million in taxes on those benefits."

Dave Aronberg, the state attorney for Palm Beach County, Florida, said Trump's remarks would hurt his longtime accountant and possibly even himself.

"That sound you hear is the sound of the Trump bus rolling over Allen Weisselberg at that rally," Aronberg said. "I do take it as admissions they're going to hurt Allen Weisselberg, the Trump Organization and could come back to be used against Trump himself if he's ever charged in this matter. What you saw was a preview of his future defense, if he's ever charged, which is what I call the 'Sgt. Schultz' defense -- you remember the character, from 'Hogan's Heroes,' 'I know nothing,' he used to say. We see that defense all the time here in the prosecutor business when it comes to white-collar fraud cases."

"The defense could help Trump but Allen Weisselberg can't use it," Aronberg added. "He has a level of sophistication, experience, knowledge, that makes that defense inapplicable. Plus, there's evidence of criminal intent here like the allegation of two separate sets of books one for the IRS and one internally that kept account of the hidden benefits that Weisselberg got, so when he said he never received a raise between 2011, 2018, it was done under the table, according to prosecutors, and subsidized by taxpayers."