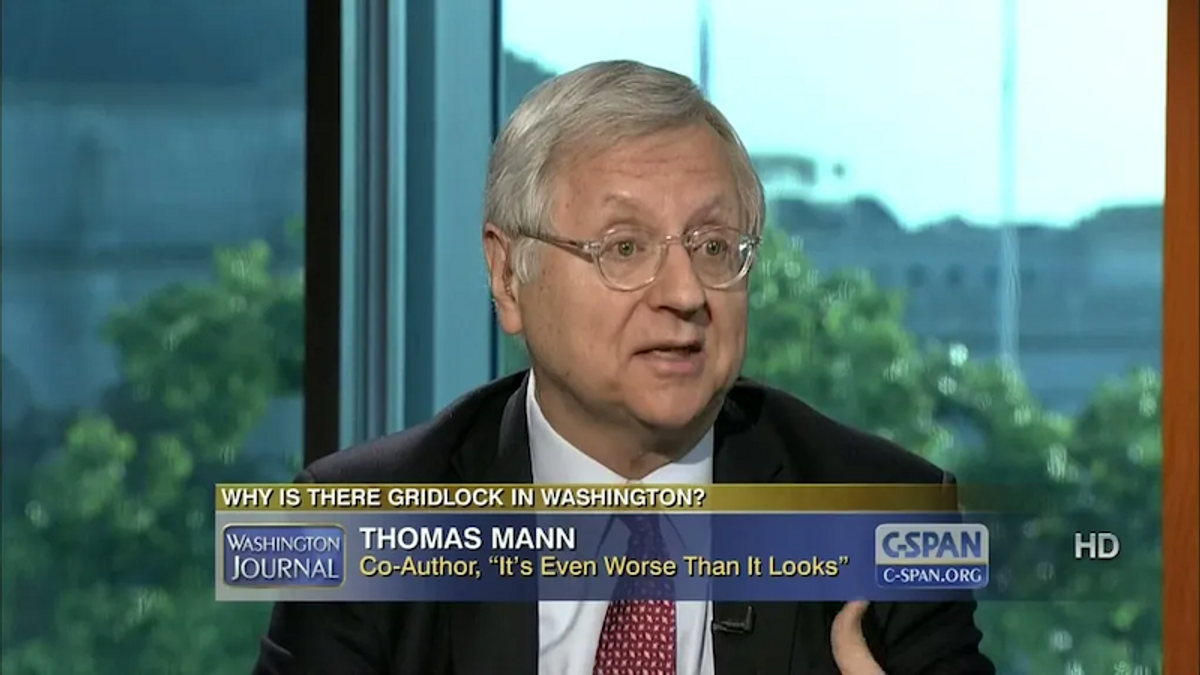 Mann explains that left-wing Democratic groups have never "commandeered the party to the same extent as the 147 Republicans in the House — among them GOP leader Kevin McCarthy of Bakersfield — who refused to certify Biden's election, or the state lawmakers nationwide who've passed legislation making it harder to vote and allowing partisans to overturn elections they don't like," Barabak writes.

Mann, a senior fellow at Washington's Brookings Institution and a resident scholar at UC Berkeley, is widely regarded by members of both parties as a leading expert on Congress and democracy — with his work having been lauded by the likes of Newt Gingrich.

He now says that if Trump had won a second term, "we'd have passed Hungary pretty quickly in moving to an autocratic world and a dangerous world," according to Barabak.

In a column titled "He warned Democracy was in peril. And that was before the Capitol riot," Barabak notes that Mann effectively predicted developments such as the rise of QAnon, Trump's "big lie," and even the Jan. 6 insurrection.

"The GOP has become an insurgent outlier in American politics," Mann wrote in his 2012 book, "It's Even Worse Than It Looks: How the American Constitutional System Collided With the New Politics of Extremism."

"It is ideologically extreme; scornful of compromise; unmoved by conventional understanding of facts, evidence and science; and dismissive of the legitimacy of its political opposition. When one party moves this far from the mainstream, it makes it nearly impossible for the political system to deal constructively with the country's challenges," Mann wrote.

Mann says the solution begins with "utter repudiation of Trump and his authoritarian impulses, first in the 2022 midterm election and then in 2024, when the White House is again up for grabs."

He also advocates eliminating the electoral college, making voting a mandatory requirement of citizenship, and abolishing the filibuster — or, if nothing else, significantly reforming it.

"We're on a precipice," Mann says. "We're actually potentially so close to losing our democracy."