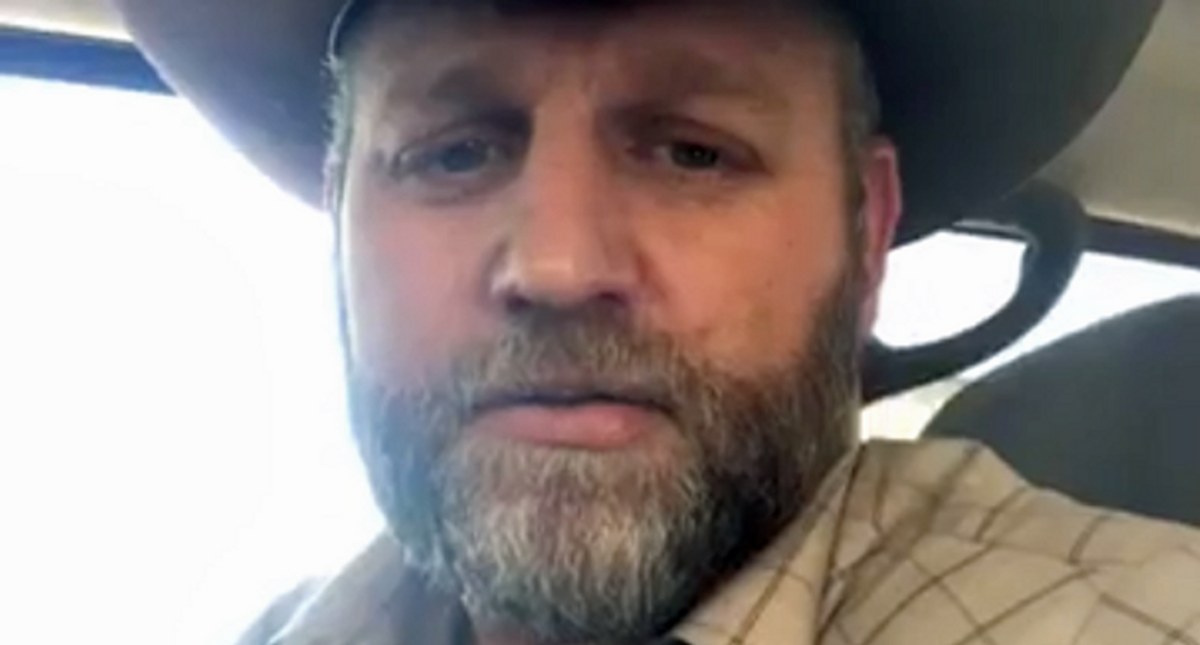 Right-wing agitator Ammon Bundy is banned from the Idaho Capitol and its grounds, but he's running for governor.

Bundy filed paperwork Friday necessary to enter the crowded Republican primary race, including Lt. Gov. Janice McGeachin, and collect campaign donations, despite his banishment from the Capitol grounds for one year, reported the Idaho Statesman.

The 45-year-old Bundy was arrested twice last month in two hours on misdemeanor trespassing charges at the statehouse, where he was barred in August after his arrest for refusing to move out of seats reserved for the press corps at a meeting.

He's been arrested at least three other times since then during protests against mask orders intended to prevent the spread of coronavirus.

Bundy took part in an armed standoff against federal agents in 2014 at his father's Nevada ranch and two years later orchestrated an armed occupation of the Malheur National Wildlife Refuge that left one of his comrades dead.

He and his brother Ryan Bundy were acquitted on federal conspiracy and weapons charges after arguing that they were protesting government overreach and posed no threat to the public.

Ryan Bundy ran for Nevada governor as an independent in the 2018 general election, where he garnered just under 14,000 votes, for 1.4 percent of the ballots cast in a race won by Democrat Steve Sisolak.