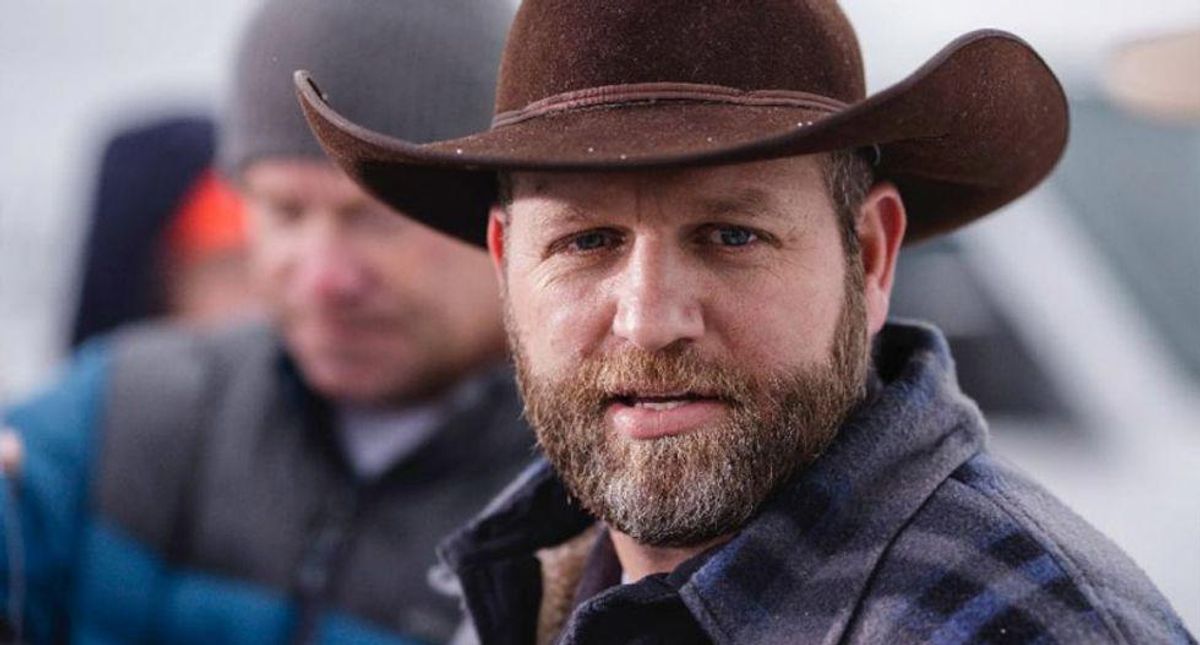 On Monday, The Daily Beast reported that a group of far-right extremists with a history of violent brawling converged on the home of a judge in Boise, Idaho who is overseeing the case against infamous anti-government demonstrator Ammon Bundy.

"Many in the crowd on Saturday were not locals," reported Kelly Weill. "[Joey] Gibson, the leader of the far-right streetfighting group Patriot Prayer, had traveled interstate from western Washington. He and others were there to protest outside the home of a judge involved in the case of Ammon Bundy, the leader of a different far-right group. The protest, which Gibson helped promote by sharing the judge's address on the Internet, was a melting pot of fringe activists deeply invested in Bundy's already-contentious court case."

Gibson mounted an unsuccessful fringe candidacy for U.S. Senate in Washington State in 2018, and was present at a violent pro-Trump demonstration at the Oregon State Capitol after the election.

Bundy is best known for his involvement in an armed occupation of the Malheur National Wildlife Refuge in Oregon in 2016, although a jury acquitted him of the charges stemming from that incident.

"When COVID-19 swept the country in Spring 2020, Bundy returned to the headlines, this time leading a new group called the People's Rights network (web registry records suggest he'd begun work on the group pre-pandemic)," reported Weill. "The People's Rights network championed aggressive demonstrations, often by inserting themselves into elected officials' personal lives. The group temporarily shut down an Idaho health board meeting by swarming health officials' homes in December, and members have also allegedly trespassed into Idaho's State Capitol in an August incident that served as an eerie forewarning to January's attack on the U.S. Capitol."

"In March, Bundy was due to appear in court for his trespassing case," said the report. "But he and another defendant refused to wear masks in the courthouse, in violation of the building's rules. They did not enter the building, and were eventually arrested for failure to appear for their court date."

Bundy has suggested he believes his crusade against masks is God's will.