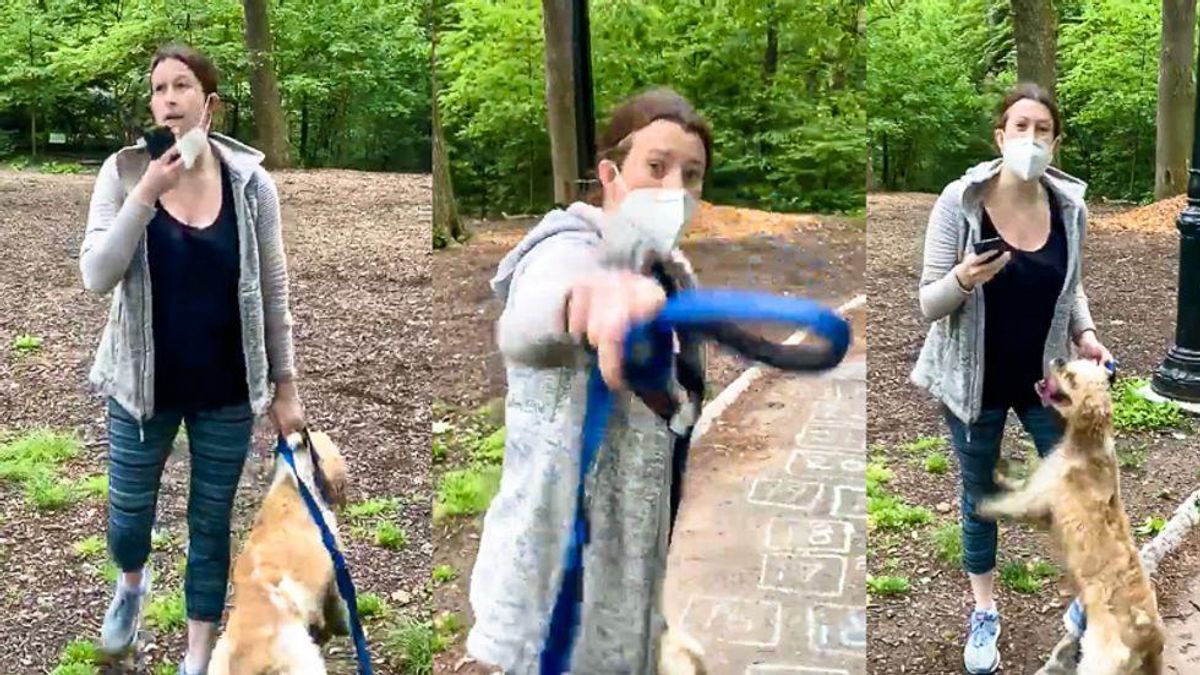 Charges against a white woman who falsely told police she was being threatened by a Black man were dropped this week.

The New York Times reported that Amy Cooper had her case dismissed after prosecutors told the judge that she had completed a course on racial bias.

At the hearing, Manhattan prosecutor Joan Illuzzi-Orbon said Cooper's therapist reported that she had "learned a lot" and that it was a "moving experience."

In video that was shared last spring, Christian Cooper, a Black man who was watching birds in Central Park, asked Cooper to put her dog on the leash.

The woman threatened to call the police.

"I'm going to tell them there's an African-American man threatening my life," she said.

Oh, when Karens take a walk with their dogs off leash in the famous Bramble in NY's Central Park, where it is clearly posted on signs that dogs MUST be leashed at all times, and someone like my brother (an avid birder) politely asks her to put her dog on the leash. pic.twitter.com/3YnzuATsDm
— Melody Cooper (@melodyMcooper) May 25, 2020