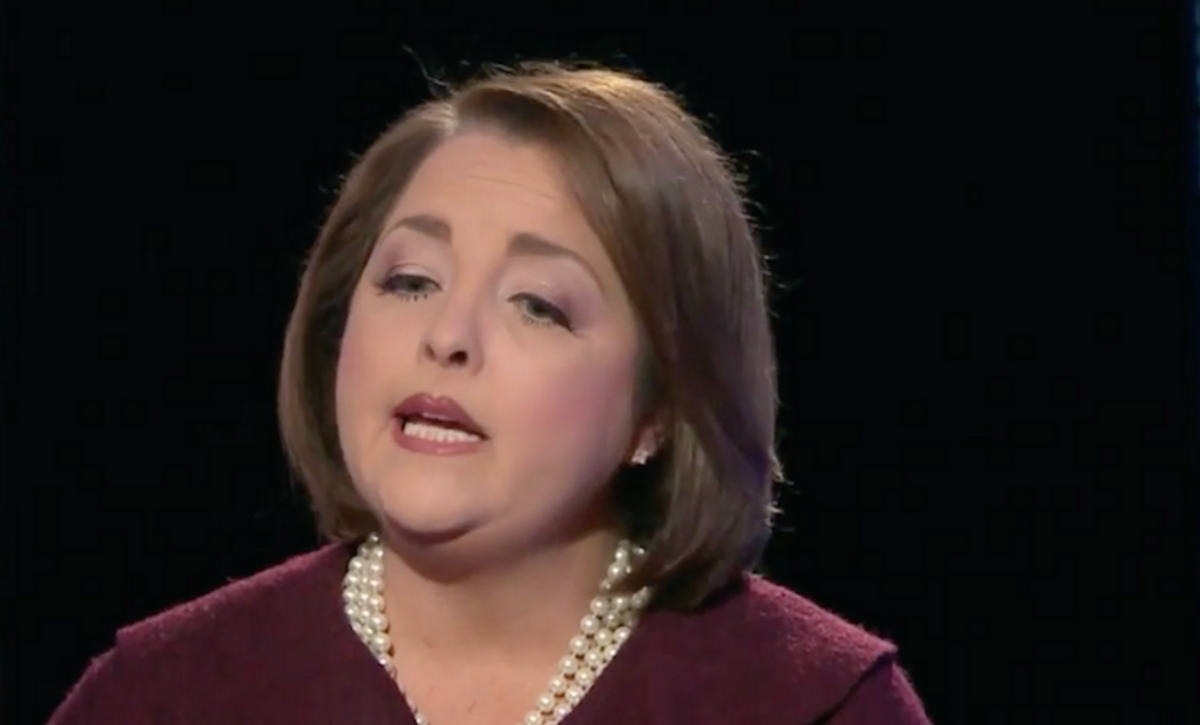 A former Tea Party activist who spent weeks firing up Donald Trump supporters ahead of the Jan. 6 rally she helped organize is making Georgia officials nervous after her mysteriously funded group set up shop there.

Amy Kremer and her Women for America First group, which organized the "Stop the Steal" rally where Trump urged followers to march on the U.S. Capitol, have started hosting grassroots events in her home state of Georgia encouraging the defeated president's supporters to stand up and take action against alleged voter fraud, reported Vice News.

"Continuing to re-litigate the losing battles of the past with audits detached from reality and not supported by facts only serves to further alienate the swing voters we need to regain relevance," said Republican Lt. Gov. Geoff Duncan. "Even some Trump supporters who took the bait on early conspiracy theories are beginning to realize that the only way for conservatives to win back the White House is moving on from 2020 and focusing our efforts on 2024."

Kremer and her 30-year-old daughter Kylie are the only public members of Women for America First, a rebranded element from the Tea Party era -- when she rubbed elbows with U.S. senators, anti-tax activist Grover Norquist and Ginni Thomas, the wife of U.S. Supreme Court Justice Clarence Thomas -- and constantly seeks donations up $5,000, but it's not clear where the money comes from or how the dark money group spends it.

"It's hardly surprising that Amy Kremer, after convening the Jan. 6 rally that served as the insurrection's opening act, continues to seek relevance and a living by advancing the former president's lie of a stolen election in her home state of Georgia," said Adele Stan, the director of Right Wing Watch.

A ProPublica investigation revealed that Kremer, whose group held the permit for the Jan. 6 rally, has signaled to the White House that she wanted complete control of the event, but spokesperson for the House Select Committee declined to comment on whether she would be called as a witness.

Kremer and her group hosted a "Save America Summit" at the Trump National Doral resort in April that was headlined by Reps. Marjorie Taylor Greene (R-GA) and Matt Gaetz (R-FL), and since then she's been trying to raise support for an Arizona-style election audit in Georgia and a recall election for secretary of state Brad Raffensperger.

She's also vaguely planning a "Magafest" over Labor Day weekend and a national day of protest against Trump's election loss, coronavirus precautions, immigration and the arrests of Capitol rioters -- whom she calls "political prisoners."