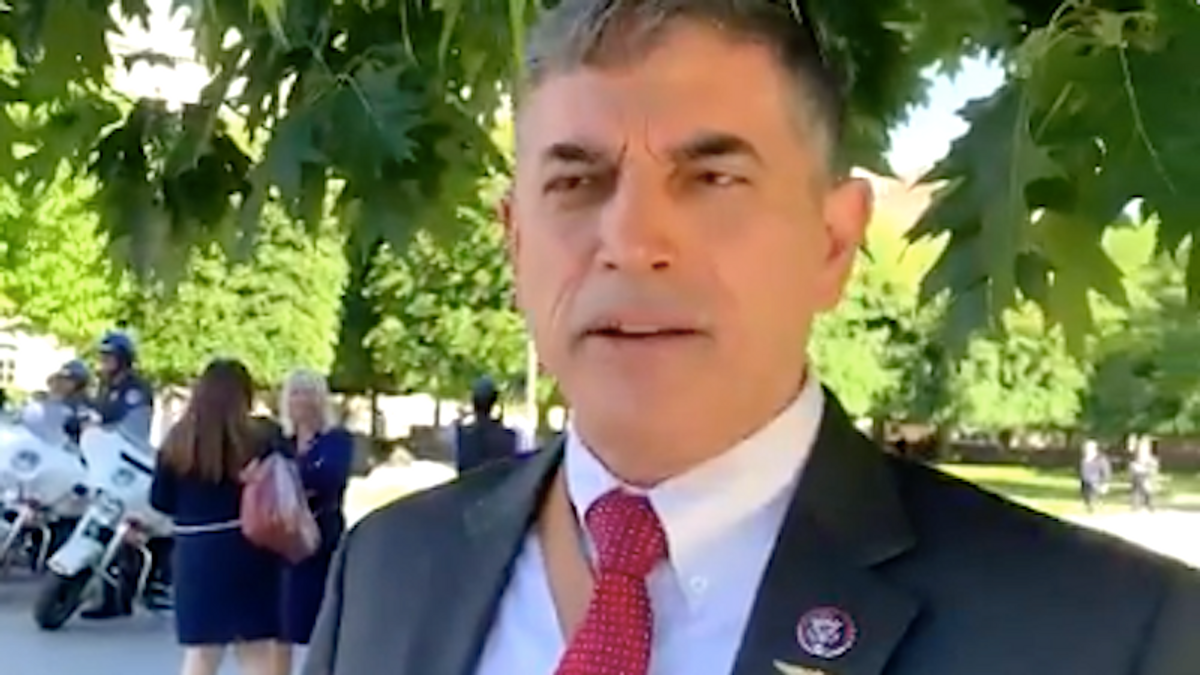 The Georgia Republican denied during a congressional hearing Wednesday that the violent Jan. 6 clash between Donald Trump supporters and Capitol police was an insurrection, and he attacked a reporter who challenged his remarks the following day at an event honoring police officers.

"If you are honest in your statement," Clyde told CNN's Daniella Diaz, who asked how she had mischaracterized his remarks. "Think about what you just said. You didn't take what I said in context at all, so that's just fake news."

Clyde then walked away, and again complained that reporters had inaccurately quoted his publicly recorded remarks before getting into a pickup truck.

We asked GOP Rep. Andrew Clyde to explain his comments during a hearing yesterday when he said the Capitol insurrec… https://t.co/z9ifLa9cb1
— Daniella Diaz (@Daniella Diaz) 1620914328.0