'This will be fun to watch': Giuliani's son brutally mocked over plan to run for New York governor 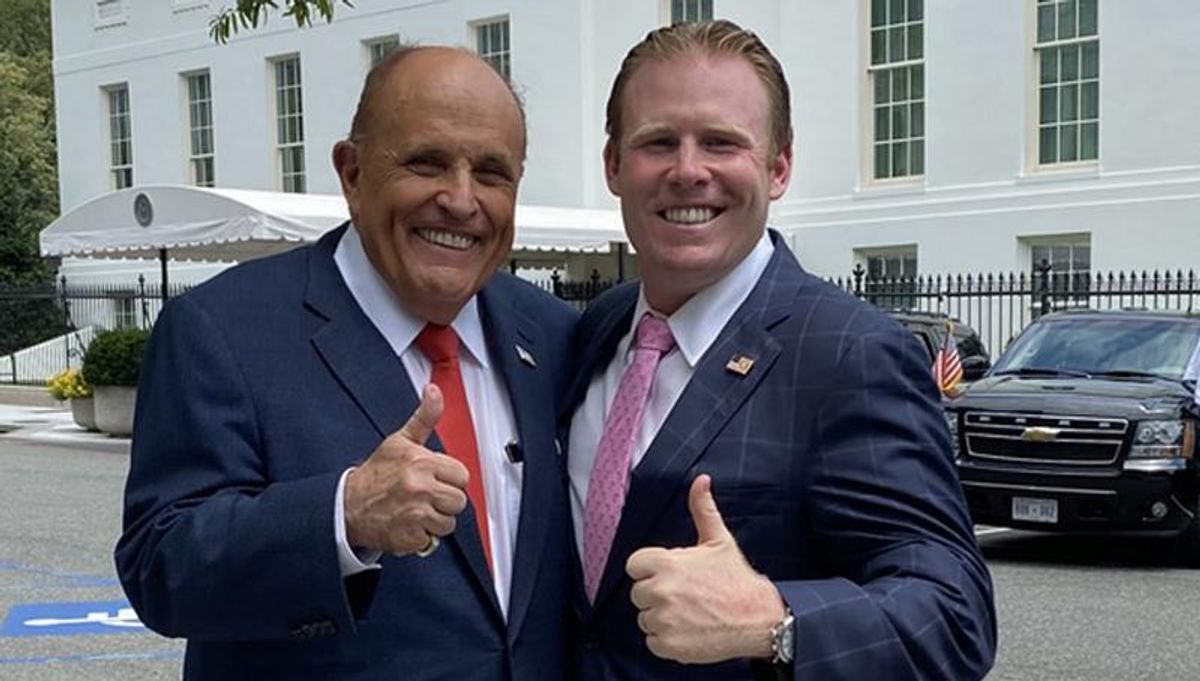 After four years of watching him damage his reputation in the service of former president Donald Trump, critics of Rudy Giuliani were delighted to see reports that his son, Andrew, is considering a run against Gov. Andrew Cuomo for the governorship of New York.

Axios reported on Wednesday that the younger Giuliani -- who served in the Trump White House as a Special Assistant to the President and Associate Director of the Office of Public Liaison -- is ready to make the leap into office-holding with an eye on the governor's seat in Albany.

Considering his lack of experience and all the baggage his father would bring to the campaign, Twitter commentators were ready to get out the popcorn and watch the battle begin with the combative Cuomo.

As one commenter stated, "This will be fun to watch."

Looks like Andrew Giuliani is running for Governor of NY. According to Axios, conservative leaders and donors are… https://t.co/t2uwFffZO8
— Joe Lockhart (@Joe Lockhart)1617808873.0

@Rschooley i know everyone is passing around the old photos of him mugging at rudy's inaugural, but his remains my… https://t.co/aloPcQuKJT
— chris smith (@chris smith)1617807745.0

This chucklefuck thinks he's qualified to run for Governor of NY? Because why? He's been a golf "pro" and a Trump f… https://t.co/QL4Dislylr
— Portia McGonagal (@Portia McGonagal)1617807196.0

Andrew Giuliani - It is getting to the stage where you have to be a Trump relation or crony to have any chance of being a GOP candidate
— pol pots and pans (@pol pots and pans)1617810094.0

@AndrewSolender @maggieNYT Andrew Giuliani is much more of an Eric Trump than a Don Jr. They both look like their… https://t.co/snDUK63RmG
— Arolpin (@Arolpin)1617810090.0

The @NYGOP was once astute enough to groom an obscure but politically salable guy like George Pataki for statewide… https://t.co/IDUoicMgDQ
— CTIronman (@CTIronman)1617809737.0

@mmpadellan The fact that anyone is even TALKING about Ivanka or Junior running for office already makes it a joke.
— That's HEDLEY! (@That's HEDLEY!)1617809973.0