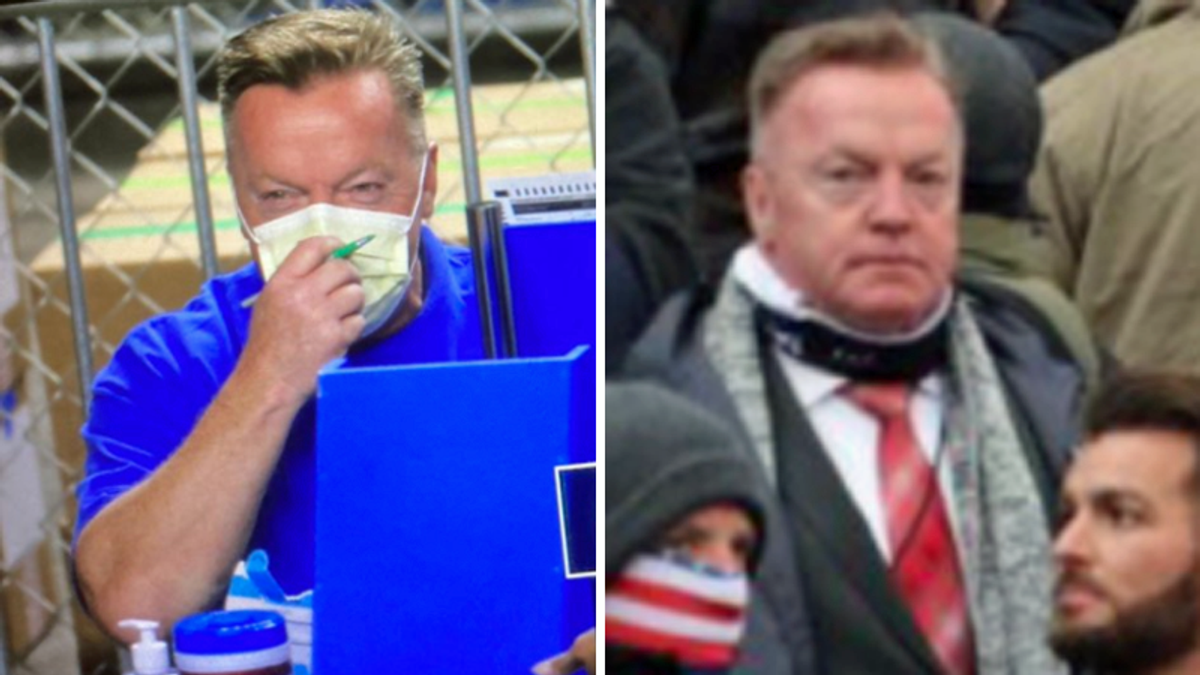 "Mr. Kern is well-known to Arizonans," said Randazzo. "Besides participating in the insurrection on January 6th, as a lawmaker, he was well-known as well because he's on what's known as the 'Brady List' and this is a list of dishonest law enforcement officials. He was working as a code enforcement officer in a suburb of Phoenix and a laptop went missing, and he apparently lied to his supervisor about that and got fired. This was right around the time he won his first term in the state house. And once he became a lawmaker in Arizona, he tried to get rid of the Brady List through legislation, so he is someone that reporters in Arizona are certainly going to recognize when they see him participating in this audit."

"I need to make sure I understand everything," said anchor Nicolle Wallace. "So, he was fired and on a list of discharged law enforcement officials, then became a local politician, went to the insurrection, and now his hands are touching ballots in an audit of Maricopa County votes? How did that happen?"

"Well, the Cyber Ninjas told us they were screening the folks that they were allowing to count these ballots and that they had done things like looked at their social media, but if you did just a cursory Google search of Anthony Kern, you would learn that he's on this list of dishonest law enforcement people. That would probably preclude you from getting a job where you handled money or any kind of security-sensitive position because he's, you know, basically a known liar and on this county list of dishonest law enforcement. You would also see on his social media that he has tweeted things like directly to President Trump, saying, I know there was fraud in this election. So, he clearly has a strong bias about what happened with the November election, so to choose him as one of the people who's allowed down on the floor to count ballots and, frankly, be around ballots, I knew would be concerning to readers."