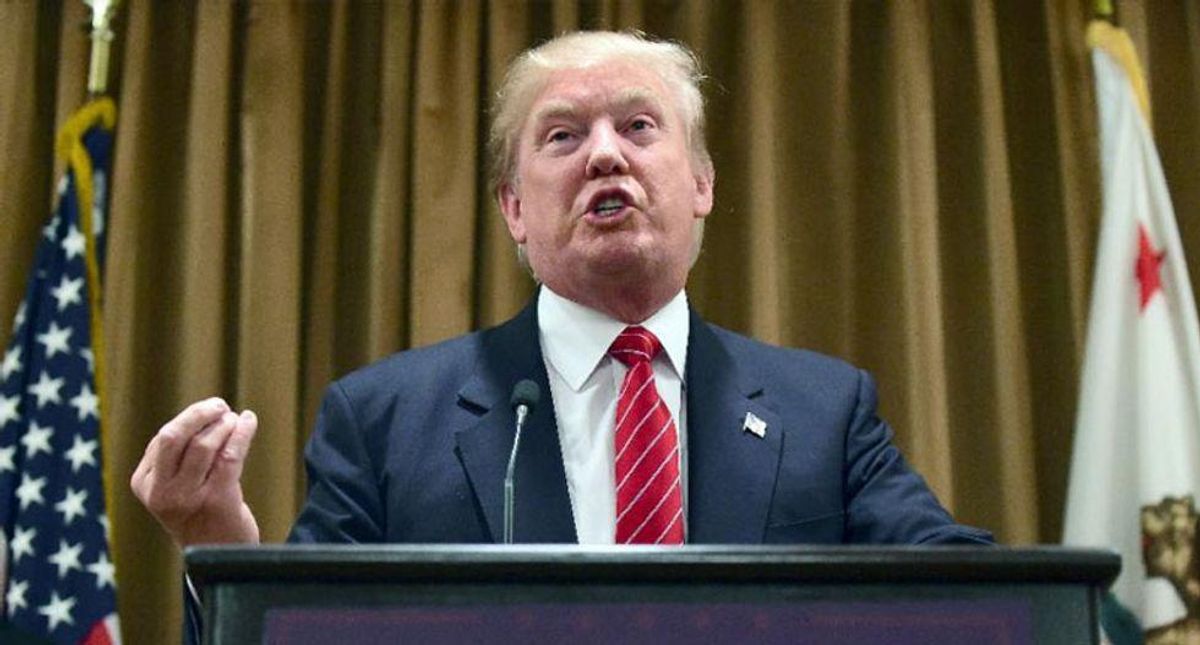 Arizona Secretary of State Katie Hobbs has asked her state's attorney general to investigate election interference from President Donald Trump and his allies.

The Arizona Republic reported Wednesday that Hobbs believes the communications "involve clear efforts to induce supervisors to refuse to comply with their duties," which she thinks could have violated Arizona law.

She went on to cite a report from last week that text messages and voicemails came from surrogates of Trump's, Rudy Giuliani and then ultimately from the White House itself.

"If you get a chance, would you please give me a call," Giuliani said in one recorded voicemail. "I have a few things I'd like to talk over with you. Maybe we can get this thing fixed up. You know, I really think it's a shame that Republicans sort of are both in this kind of situation. And I think there may be a nice way to resolve this for everybody."

Twice the White House switchboard person calls and says that "the president is ready for your call" and tells them to call back.

"The reporting also includes firsthand statements from the victims of this potential crime," Hobbs said. She cited at least one potential felony charge under Arizona law.

"As you said just last week, 'Fair elections are the cornerstone of our republic, and they start with rational laws that protect both the right to vote and the accuracy of the results,'" Hobbs wrote in her letter to the state's attorney general. "Arizona law protects election officials from those who would seek to interfere with their sacred duties to ascertain and certify the will of the voters."

Read the full report at the Arizona Republic.