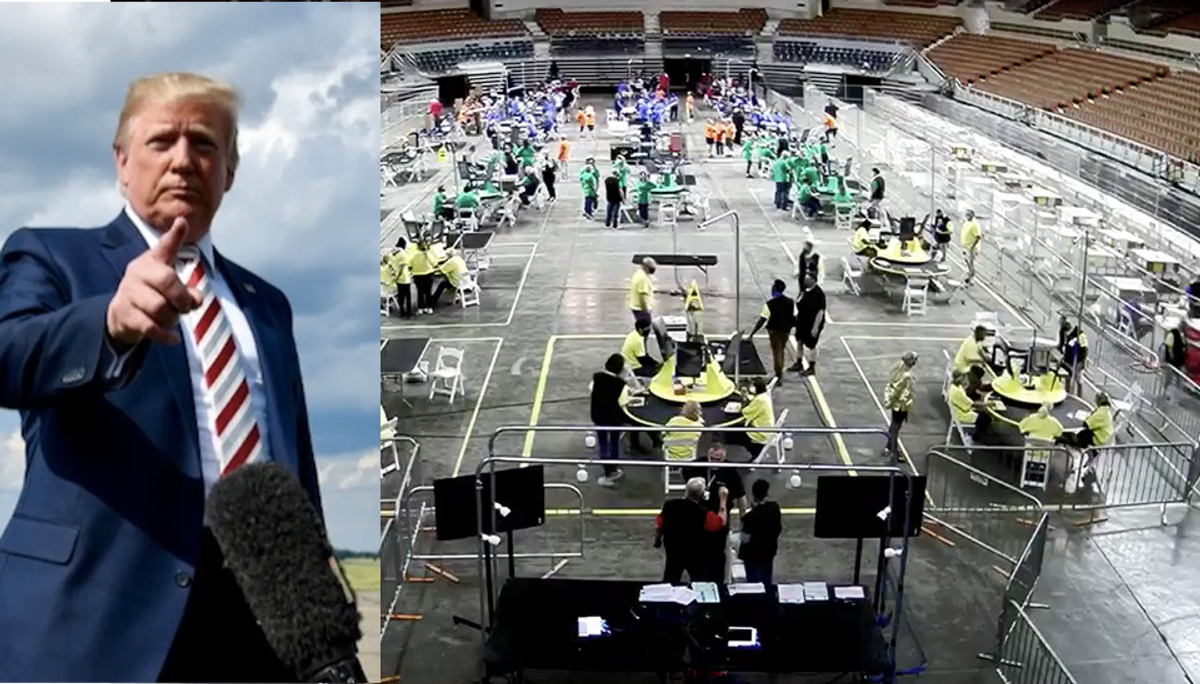 The dubious Arizona election "audit" is plagued by problems and nowhere close to completion.

The Democratic secretary of state, Katie Hobbs, sent a letter Wednesday pointing out that ballots have been left unattended, laptop computers unlocked and unsupervised, and untrained workers are using inconsistent procedures to count more than 2.1 million ballots cast in Maricopa County, reported the Washington Post.

The review is far behind schedule, with only about 20 percent of the ballots counted after almost two weeks of work, and workers must vacate Veterans Memorial Coliseum when their rental agreement ends May 14, and the venue's operators say previous commitments to a high school graduation cannot be undone.

Hobbs, the current secretary of state, said in her letter that elections are "governed by a complex framework of laws and procedures designed to ensure accuracy, security, and transparency" but the recount effort ordered by the GOP state Senate and led by Florida firm Cyber Ninjas "ensure none of those things."

Former Arizona secretary of state Ken Bennett, a Republican who's acting as spokesman for the audit, did not respond to a request for comment by tweeted that Hobbs' allegations were "baseless claimes [sic]."

Volunteers are helping Cyber Ninjas, whose CEO pushes election conspiracy theories on Twitter, look for evidence of fraud that may have deprived Donald Trump of an election win.

Contractors have examined ballots under microscopes and UV lights to search for watermarks, based on claims that originated among Qanon conspirators, or traces of bamboo, which conspiracy theorists believe would prove the ballots were imported from China and, therefore, fraudulent.

"What they're doing is to find out if there's bamboo in the paper," said John Brakey, an assistant to Bennett. "They're doing all sorts of testing to prove if it was or wasn't, and that's very important, because the only way you're going to persuade people on changing is having facts, and we're on a mission for facts."