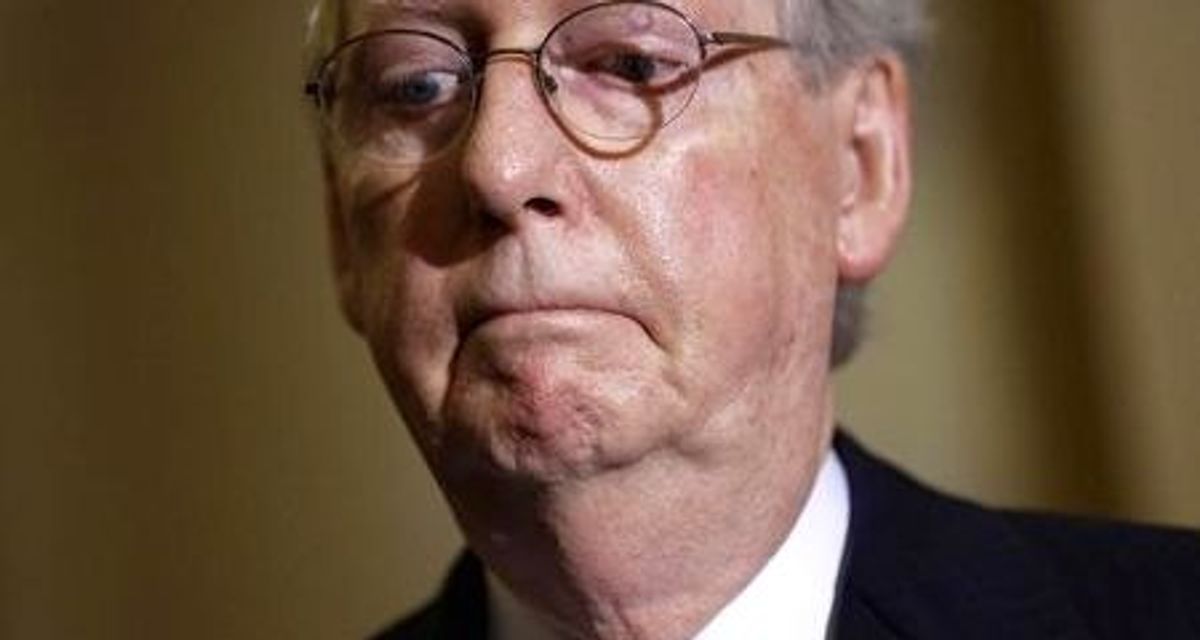 With Sen. Roy Blunt (R-MO) announcing he won't run for re-election in 2022 -- joining four other GOP incumbents who have already announced they will be stepping down -- Republican campaign consultants are worried about more Senate losses after losing control during Donald Trump's last year in office.

In an interview with U.S. News and World Report, one Republican insider looked at some of the potential candidates expected to run for the open nominations and worried they might be unelectable.

In addition to Blunt's seat in Missouri, Republican-held Senate seats in Ohio, Pennsylvania, North Carolina and Alabama are also opening up meaning the Republican Party will lose the built-in advantage of incumbency, meaning more work and money will have to flow into the races than normal.

Case in point, Missouri, with GOP campaign consultant Rick Tyler stating, "Any time you lose an incumbent, it's bad news. Missouri's not necessarily a safe state for Republicans. Democrats have won there."

"Several Missouri Republicans are expected to seek the nomination to replace Blunt, but none will be more divisive than former Gov. Eric Greitens, who resigned in 2018 amid the fallout of a sex scandal and ethics investigation. Missouri's Republican base has since rallied behind him, believing he was unfairly prosecuted," the report states. "Greitens was considering running for the GOP nomination even before Blunt's announcement. He is expected to announce his candidacy as soon as Tuesday morning."

Steven Law, CEO of the Senate Leadership Fund and an advisor to Senate Minority Leader Mitch McConnell stated he is worried Republicans will repeat the mistakes they made in 2010 when they missed a chance to take control of the Senate.

"We have an opportunity to win back a majority," Law said. "But in 2010, that opportunity was lost on the Senate side because of unelectable candidates who got nominated."

Most vexing to campaign consultants would be a slate of candidates who win primaries by catering to supporters of ex-president Donald Trump.

The report goes on to note that the five GOP senators who have already announced they won't seek re-election may see their ranks swell as Sen. Ron Johnson (R-WI) is hedging his bets and Sen. Chuck Grassley (R-IA) has refused to say what his plans are.