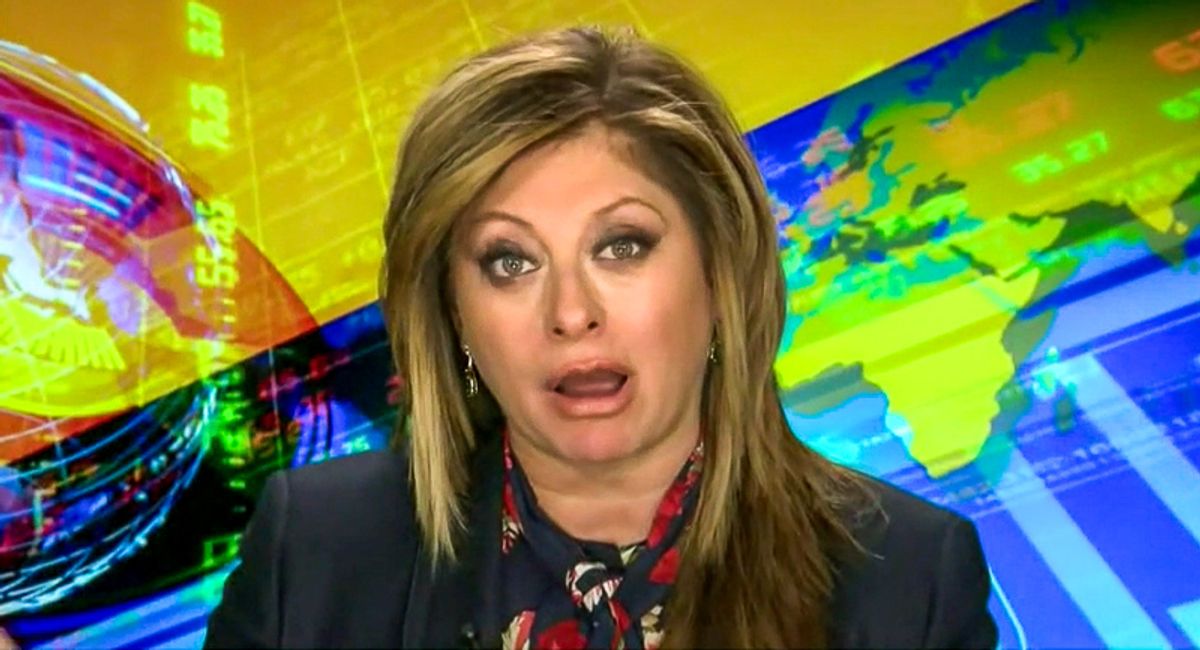 According to documents obtained by the Daily Beast, a presentation being given by Fox News executives to advertisers reveals they are attempting to prevent any potential advertiser loss.

The network has already been buffeted by never regaining major advertisers for popular late-night host Tucker Carlson. According to the report, the network is attempting to reassure clients that Bartiromo -- whose main expertise is reporting on Wall Street -- is still a serious journalist.

"In a presentation document obtained and reviewed by The Daily Beast, the network pitched its ad space to potential sponsors by laying out internal data suggesting the negative coverage of Fox's inflammatory, right-wing commentary does not actually harm its advertisers," the report states. "Additionally, the network touted the 'hard-hitting journalism' of stars like Maria Bartiromo, a staunchly pro-Trump host who has long boosted baseless right-wing conspiracy theories."

Noting that the network has dealt with advertiser boycotts of Carlson as well as shows hosted by Laura Ingraham and Sean Hannity, the Beast reports, "The network selling Bartiromo as a face of its journalism is especially eyebrow-raising considering the famed financial reporter's years-long descent into full-on Trump boosterism."

As regards Bartiromo, the network has had to walk back a report she did on election tampering when confronted with the threat of lawsuits, the Beast report points out, "Fox News responded to legal threats from voting-machine provider Smartmatic by filming a segment in which an election systems expert debunked the lies about the company."

Fox has also attempted to squash stories about their advertiser woes, by reassuring potential clients that "...the 'negative chatter' about Fox News advertisers is not nearly as bad as the 'real brand damage' that Boeing received after 346 people died in two crashes involving its new 737 MAX jetliner," among other corporate damage control efforts.