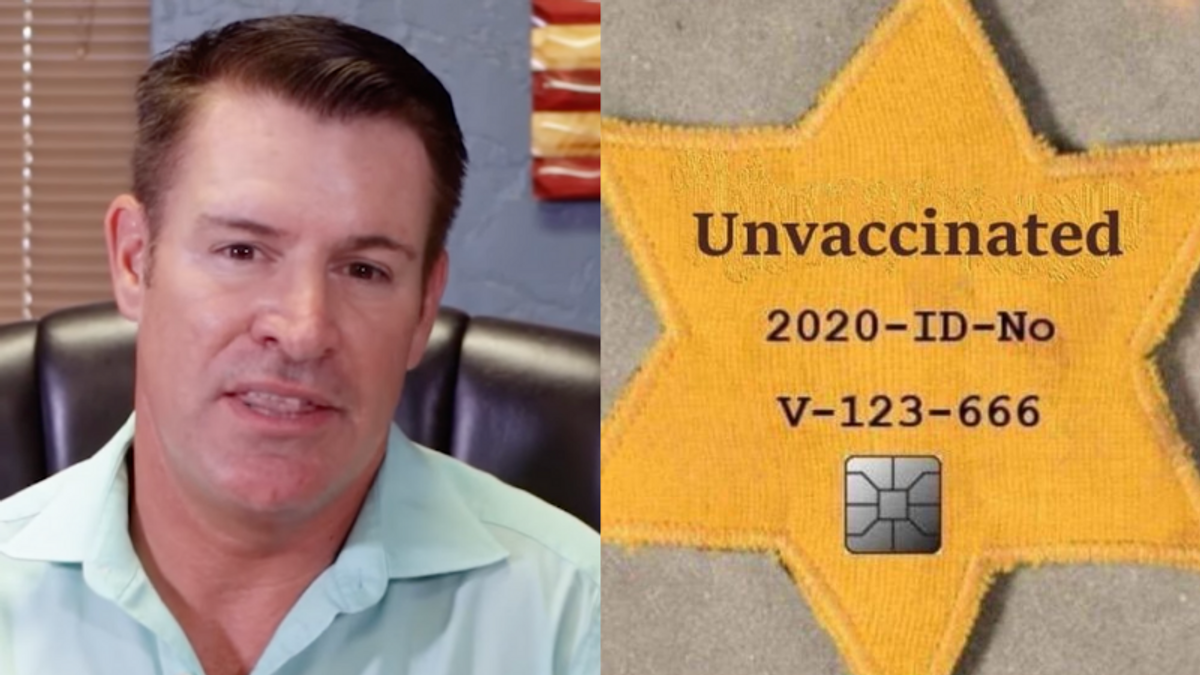 "Limited access to travel within their State, Province or Territory. The bearer may not fly, cannot enter a pub, restaurant, club or theatre. … WAKE UP PEOPLE — Is this sounding familiar?" the post said, urging people to contact the governor's office to urge him to call a special session to address vaccine mandates by private employers.

"Equating the possibility of private entities requiring their employees to receive the Covid-19 vaccine to the Holocaust is beyond abhorrent, disgraceful, and a gross misrepresentation of the Republican Party and its values here in Oklahoma and nationally," Jemison said.

Nevertheless, on Sunday, Bennett posted a seven-minute video defending the comments and refusing to apologize.

"This is communist, this is totalitarian, and if we don't do something now, it's going to end in the same exact result as we saw when nobody stood up whenever the Jews were told that they had to wear that star," Bennett added.

The Post notes that Bennett also has a history of hateful comments toward Muslims.

The Anti-Defamation League recently reported a "shocking rise" in people using the Star of David to protest COVID-19 vaccine requirements and mask mandates. "The utilization of this type of Holocaust imagery wrongly compares the antisemitic, racist, misogynist, xenophobic and homophobic Nazi-regime and its genocidal acts to current government measures to contain the pandemic" the ADL wrote. "Comparing the two is not only an act of moral outrage, but also represents an attempt to downplay the enormity of the Holocaust."

The Jewish Federation of Greater Oklahoma City responded to Bennett by calling it "sad and ironic that anyone would draw an analogy from the largest recorded genocide in the 20th century with public health attempts to save lives."