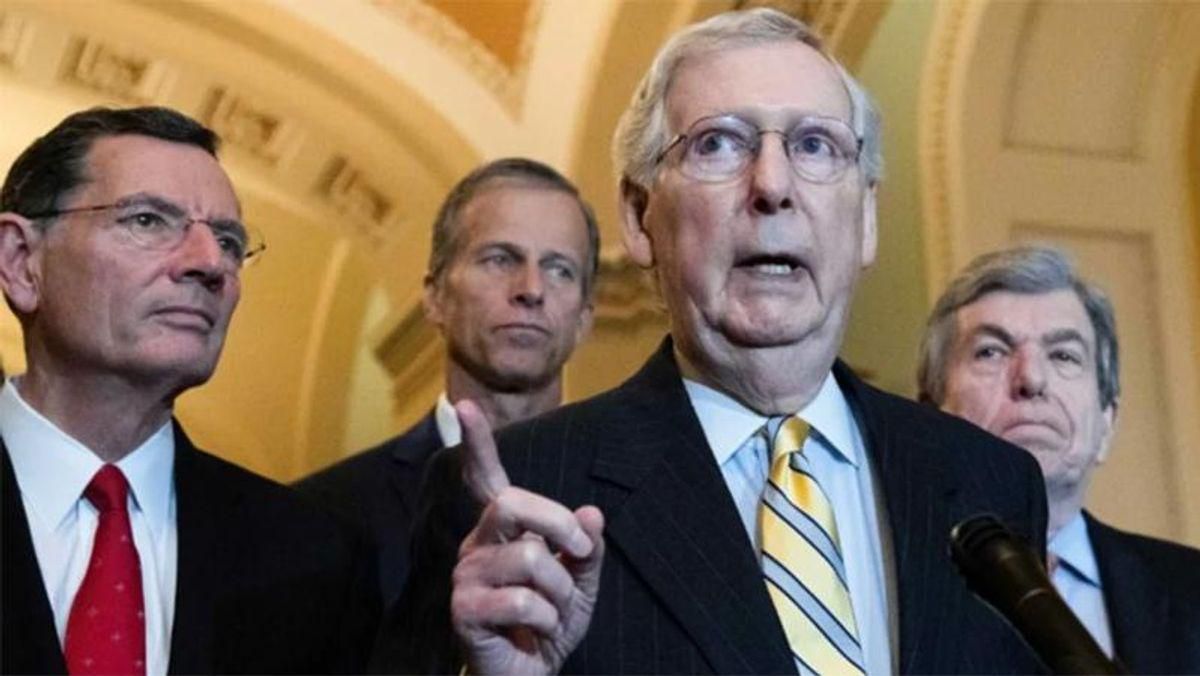 "Republicans haven't yet figured out a way to nail Joe Biden," said anchor Joe Scarborough. "I remember, during the campaign, calling him 'Teflon Joe' because none of the attacks from the left seemed to stick, and Donald Trump, who could label everybody and get under everybody's skin, he never laid a glove on Biden. This is a guy who, for some reason, Republicans just can't demonize."

"There are a couple reasons for that, Joe," said Scott. "One is the fact that Joe Biden is not a rookie. He's a veteran. And many of these Republicans are aware of him not just from the Obama administration but from his time in the Senate. And they're aware of his personal story and his narrative, and they're drawn to that, and they believe he is a decent man, genuinely invested in passing policy that benefits them. He's not concerned about the culture wars or the politics that dominate conservative media most nights. And he is showing that and proving that, and has been able to point to those results. As you noted, voters see that and they appreciate that and they respect that."

"Another thing that is really making it very difficult for these things to stick with Joe is that Republicans just have a messaging problem," said Scott. "And they are concerned about the conservative media far more than they are concerned about conservative voters. So they listen to those who are bound to attack them and criticize them for taking stands, even if that ultimately doesn't help them with the people who sent them to Washington. And until they figure out what it is that they are about and what they do best, they're going to have a very difficult time remaining popular, and that's why you see these numbers showing how unsupported their ideas are when it comes to these issues that Joe Biden is trying to move forward."