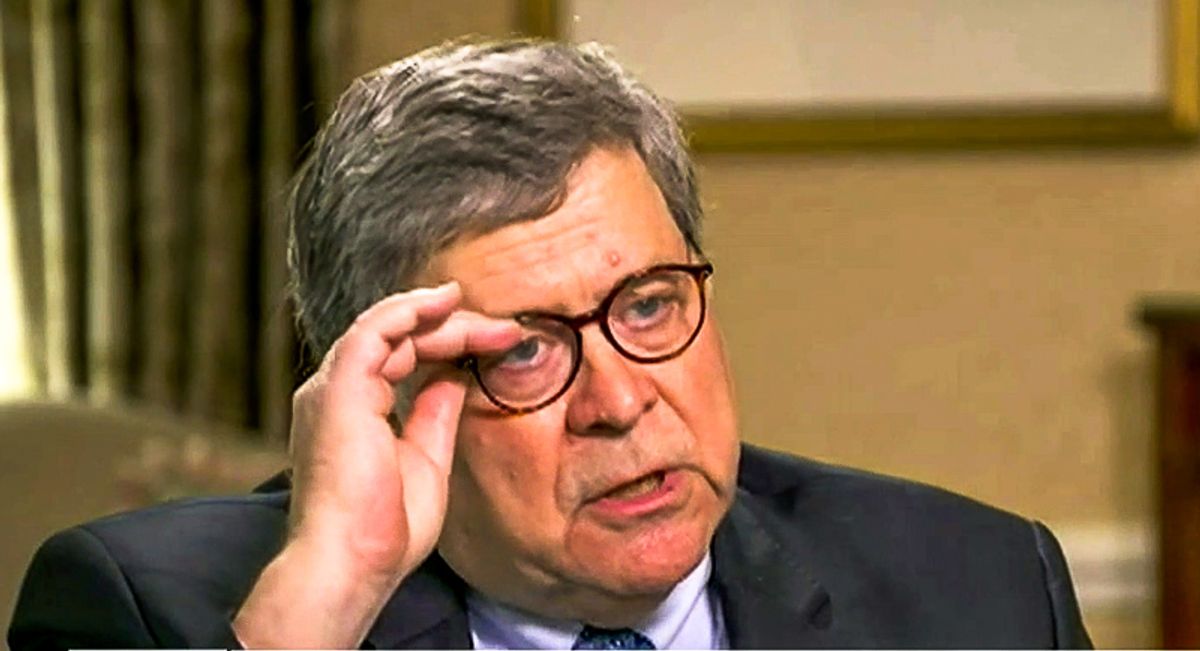 Former Attorney General Bill Barr late last year reportedly warned President Donald Trump that his efforts to overturn the 2020 election were doomed to fail, and that his legal team was lying to him about widespread voter fraud.

Axios reports that Barr confronted Trump in the Oval Office shortly before departing the Department of Justice in late December and bluntly told him that there was no widespread voter fraud.

"The president's theories about a stolen election, Barr told Trump, were 'bullsh*t," the publication writes. "For good measure, the attorney general threw in a warning that the new legal team Trump was betting his future on was 'clownish.'"

Trump, however, refused to back down and demanded that Barr watch a "voter fraud" hearing arranged by attorney Rudy Giuliani.

Barr replied that none of what Giuliani and fellow Trump lawyer Sidney Powell were peddling made any sense.

""I'm a pretty informed legal observer and I can't f*cking figure out what the theory is here," he said. "It's just scattershot. It's all over the hill and gone."

Less than a month later, Barr would resign.