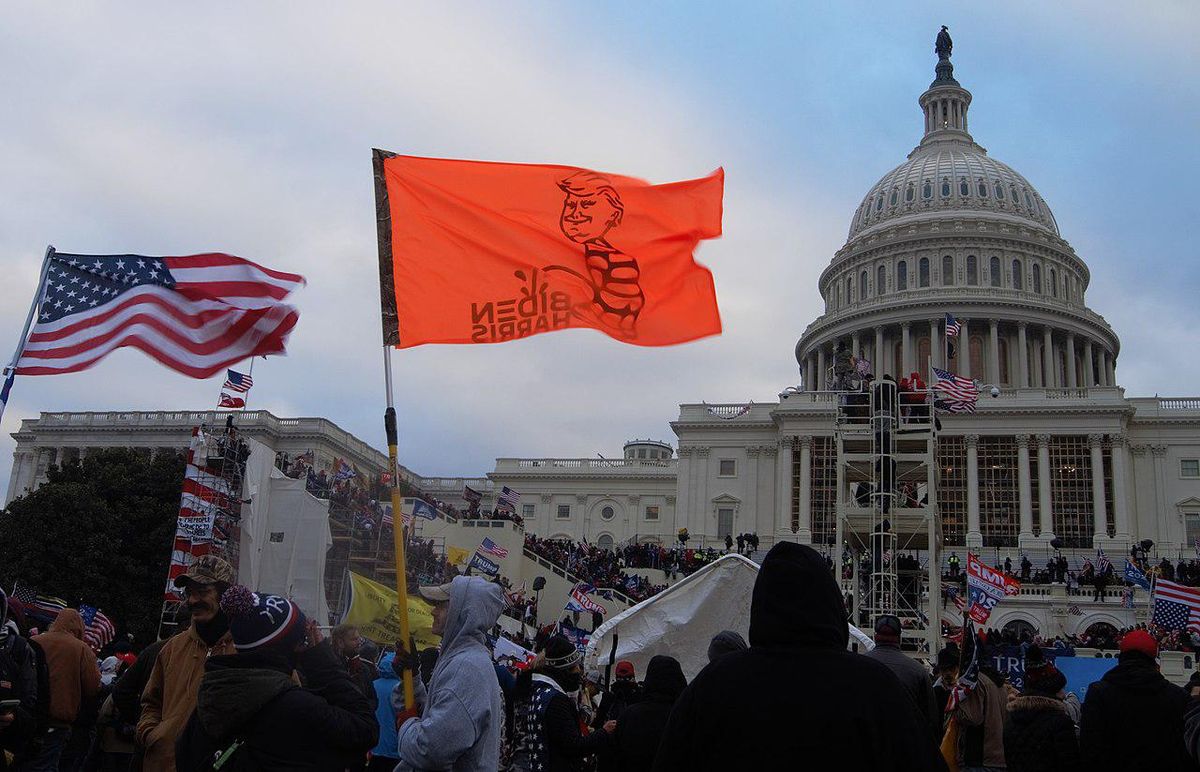 Rachel Powell is a 40-year-old mother of eight from Western Pennsylvania who is being pursued by the FBI for her role in the Jan. 6 assault on the U.S. Capitol Building. An article by journalist Ronan Farrow for The New Yorker, published this week, describes Powell's path to far-right radicalization and includes an interview with Powell herself — who spoke from an undisclosed location.

"In her first public comments since the riot, Powell acknowledged her role in the events at the Capitol," Farrow reports. "During a two-hour telephone interview, she claimed that her conduct had been spontaneous, contrary to widespread speculation that she had acted in coordination with an organized group."

Powell, Farrow notes, isn't a native Pennsylvanian. She was born in Anaheim, California — which is in Orange County south of Los Angeles — and lived in what she describes as "the really bad side" of Fresno in Central California before moving to West Sunbury, Pennsylvania with her family. In some respects, Powell sounds very middle-of-the-road; she's into yoga and organic food and sold yogurt at local farmer's markets. But her politics became increasingly radicalized in 2020, when she was drawn to conspiracy theories about the COVID-19 pandemic and the presidential election. Former New York City Mayor Rudy Giuliani, Infowars' Alex Jones and then-President Donald Trump, according to Farrow, were major influences on her thinking.

Videos taken at the Capitol Building on Jan. 6, Farrow notes, "show her, wearing a pink hat and sunglasses, using a battering ram to smash a window and a bullhorn to issue orders." Using a bullhorn, Powell told fellow rioters, "People should probably coordinate together if you're going to take this building. We got another window to break to make in-and-out easy."

Farrow notes, "In recent weeks, as journalists and law enforcement officials tried to identify participants in the assault, she came to be known as 'Bullhorn Lady' and 'Pink Hat Lady.' She appeared on an FBI 'Wanted' poster, was featured in cable-television news segments, and became an obsessive focus of crowdsourced investigative efforts by laypeople and experts."

During her phone interview with Farrow, Powell said that breaking into the Capitol Building wasn't something she planned to do before Jan. 6.

"I was not part of a plot — organized, whatever," Powell told Farrow. "I have no military background…. I'm a mom with eight kids. That's it. I work. And I garden. And raise chickens. And sell cheese at a farmers' market."

"It was a little bit of a hard decision for me, and I didn't make that decision to vote for him till two months before the election," Powell told Farrow. "I appreciate his business mind. Economy-wise, he has it going on. He loves America….. My views kind of fall all over the place. I guess you could say that I'm more libertarian at heart."

In 2020, Farrow reports, Powell embraced Trump's views on the coronavirus pandemic and the presidential election.

According to Farrow, "Those political views began to have various impacts on her life after the pandemic hit. Paula Keswick, who co-owns a local creamery that sold Powell cheese and yogurt, said that Powell was barred from working at some events after she refused to obey pandemic restrictions. 'She was just adamant she was not going to wear a mask,' Keswick said."

Farrow also interviewed Powell's mother, Deborah Lemons, who he said "expressed astonishment" that she became part of the assault on the Capitol Building.