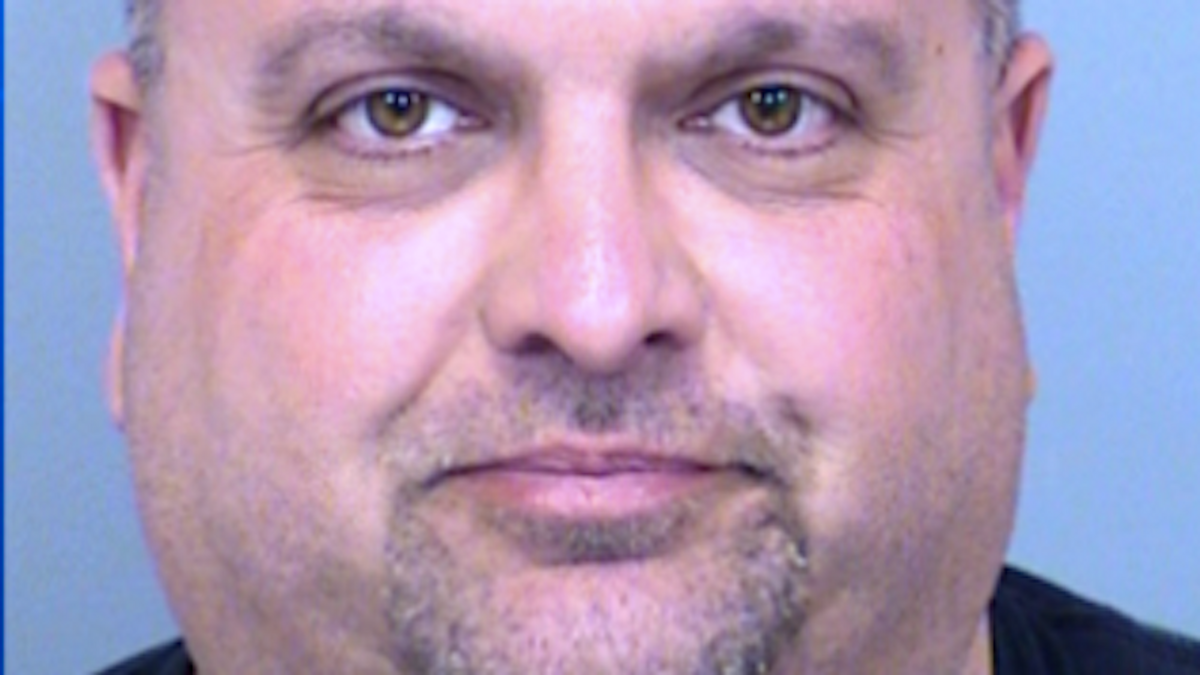 Burt Colucci, who's identified by the Southern Poverty Law Center as the current commander of the National Socialist Movement, told police that he confronted the men in a Mercedes for throwing trash on the ground, and they exchanged a torrent of racial slurs at one another during the dispute.

The 45-year-old Colucci, a Florida resident who was in Phoenix for the hate rally, told police he took out his own gun after the Black men threatened to shoot him, but he insists he never pointed the weapon at anyone.

Police left without making any arrests, but they returned hours later after the Black men called them to make their own statement -- which was backed up by another witness.

The men said Colucci threw trash at their car while shouting racist slurs, threatened to kill one of them and pointed his gun, which police later said was loaded at the time.

Police arrested Colucci, who told officers he was the leader of a "white civil rights group," on one count of aggravated assault.