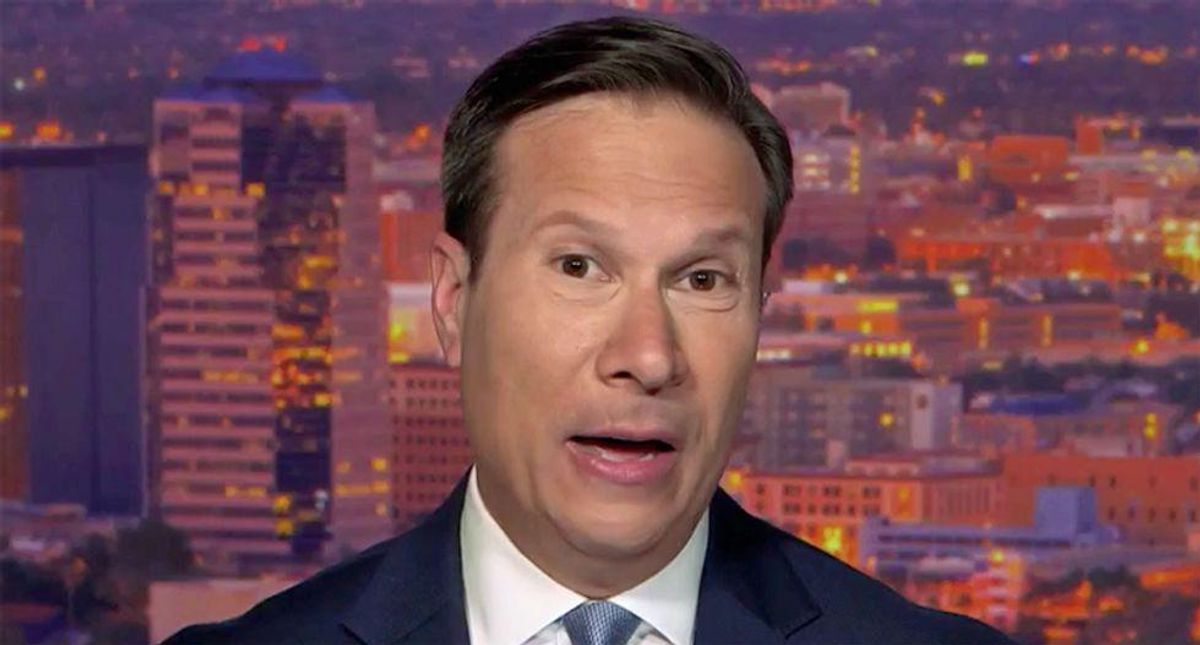 Speaking to MSNBC host Joy Reid on Tuesday, former FBI director of counterintelligence Frank Figliuzzi warned that considering them as crazy and nutty is dangerous to the country.

"What you said we should go over, the stupid part and dangerous part," began Figliuzzi. "It's that ludicrous, silly part that keeps us from seeing that this has become an actual viable threat to our democracy. It's no longer acceptable to write this off as the rantings of some deluded people when we see what they were capable of on Jan. 6th and see that the desire has not gone away. Convicted felon Michael Flynn, former national security adviser, is actually saying, 'Yeah, we should have a military coup. Yup, yup, we should.' When we see the indictment that dropped on the Oath Keepers this weekend and planning of what happened. And what was it that actually kept the president from invoking the Insurrection Act? It was the fact, read the indictment, that no counter-protesters, BLM, Antifa, showed up and actually got into it with the insurrectionists. If they had, this would be the trigger, in their minds, that would have created an all-out conflict that would have allowed the president to invoke the Insurrection Act."

Reid noted that many Republicans were trying to pin the attack on Antifa and Black Lives Matter. Had they shown up, Trump could have implemented Martial Law, but the reality is that they didn't and the militias were alone. Reid wondered if Americans will face it in 2024.

"Yeah, not only not gone away with Trump leaving office, it has gotten worse and emboldened Trump and those around him, who is talking about coming back into power magically in August," said Figliuzzi. "They think it can happen, we better pay attention. Chris Wray said what happened was domestic terrorism. So, look, [after] 25 years in the FBI, here's how you deal with domestic terrorism threat, any terrorism threat, you have to dismantle the leadership structure. Yes, the FBI keeps going after, and God bless them, and we're well over 400 indictments, we're headed to 500 indictments, fantastic. We're seeing conspiracy charges but can't stop there. They have to dismantle the leadership structure. If that means sitting members of Congress or people in Trump's circle like Rudy Giuliani or Trump himself, then so be it. It will not go away if they keep inspiring and mentoring others."

Here's why a former FBI official says it's dangerous to see QAnon people as nutty www.youtube.com