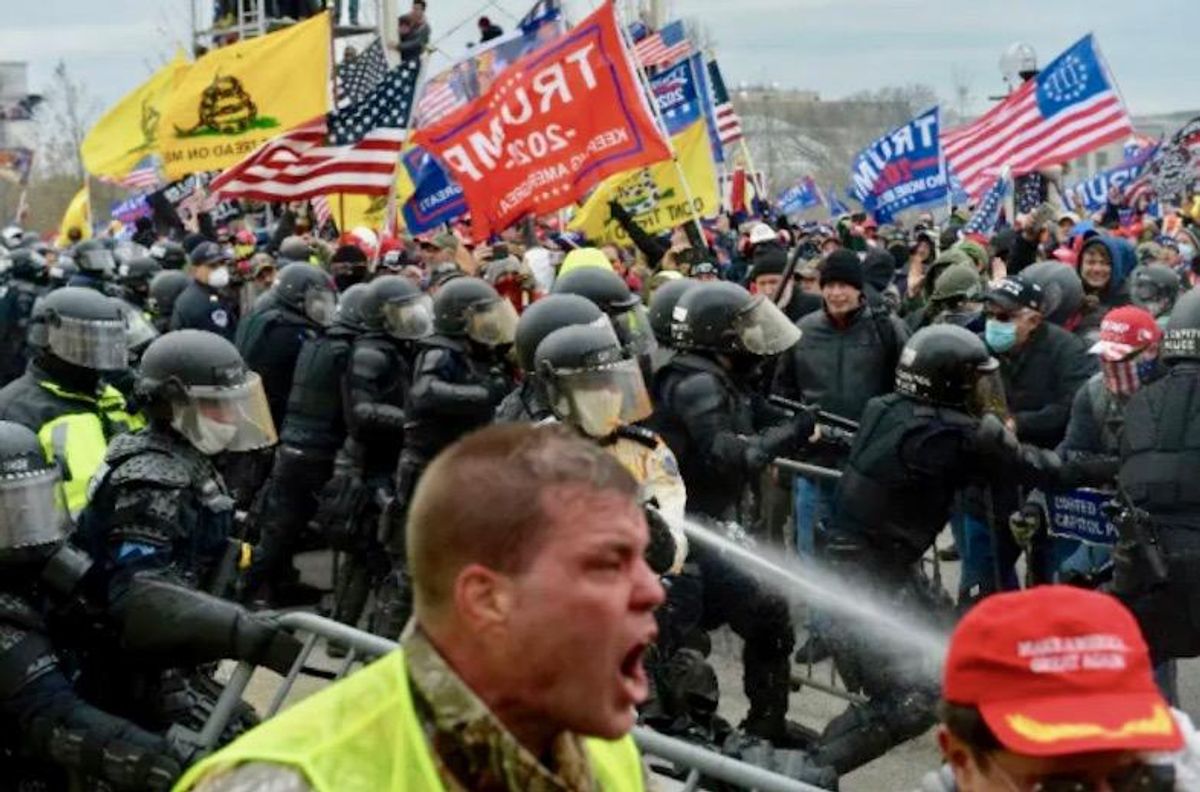 As Ismail noted, inspector general Michael Bolton "found that Capitol Police leadership dismissed threat assessments and forbid rank-and-file officers from appropriately responding to the threat" even though the agency's own intelligence noted that "Congress itself is the target on the 6th" and "Stop the Steal's propensity to attract white supremacists, militia members and others who actively promote violence may lead to a significantly dangerous situation for law enforcement and the general public alike." The officers were told not to use stun grenades and were given faulty equipment, including shields that shattered on impact with rioters' weapons.

All of this, wrote Ismail, spoke to how the pro-Trump rioters were subject to a completely different standard of law enforcement than that brought to bear against Black Lives Matter protesters.

"I have no idea what was in the heart of the former police chief or his leadership, but his and others' actions seem to fit a pattern that any hyphenated American is very familiar with, the chasing of perceived threats and the abandoning of evidence-based policing based on stereotypes, or just plain racism," wrote Ismail. "Not only does that drive a dagger through a community's trust in law enforcement, but it's also proven to be an obstacle in hindering actual police work. As much as this new report reveals, it leaves a fuller institutional reckoning with what happened on Jan. 6 for another day."