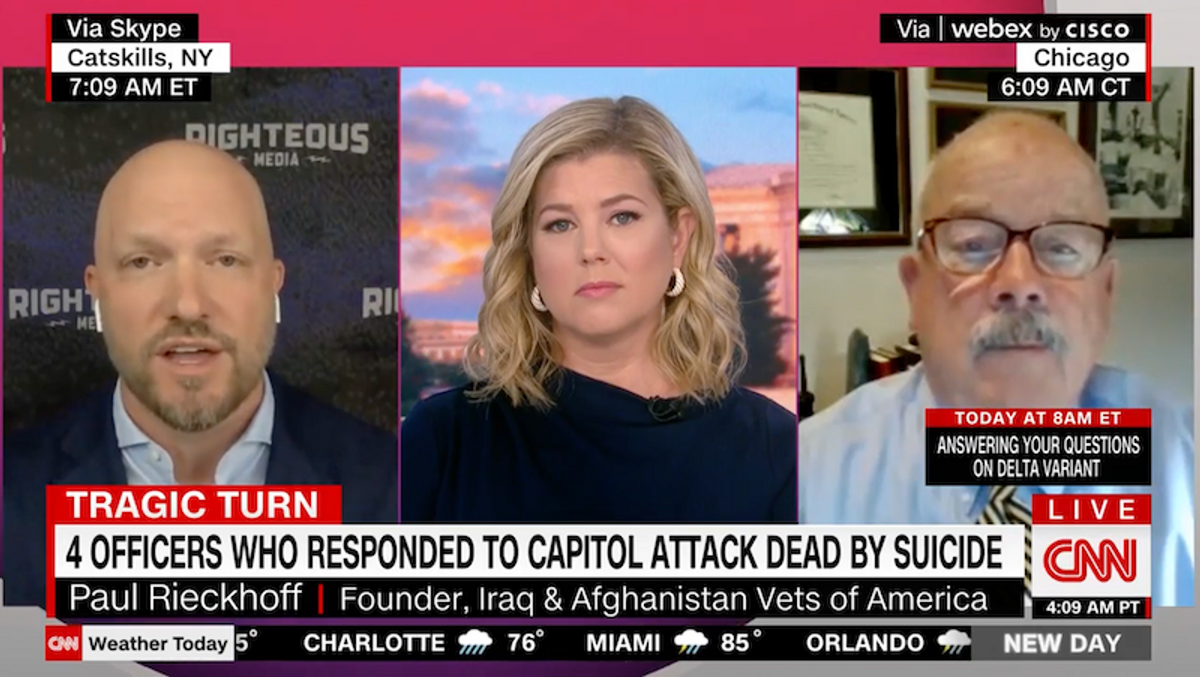 The network then played clips of Fox News hosts Tucker Carlson and Laura Ingraham mocking Fanone and the other witnesses, with the latter giving out fake "Best Performance" awards on her show.

"In my experience yes," Rieckhoff responded. "I mean, imagine a veteran coming home and being ridiculed in the same way after serving in Iraq or Afghanistan. You know, there is no silver bullet in dealing with suicide, it's a complex series of factors, but we know that hope is key and that connection is key, and these people who are ridiculing survivors of an assault and a really traumatic experience — it's not just disgusting, it's dangerous, because not only does it compound the experience they're having, it also discourages other people from coming forward. Think about another person who maybe is dealing with a trauma, and sees this kind of ridicule, and says, you know, if I come forward, maybe I'm going to get ridiculed, so we need to blow up that entire misguided, dangerous part of this discussion in America, and really focus on support, strength, and understanding mental health."

If you or someone you know needs help, please call the National Suicide Prevention Lifeline at 1-800-273-8255