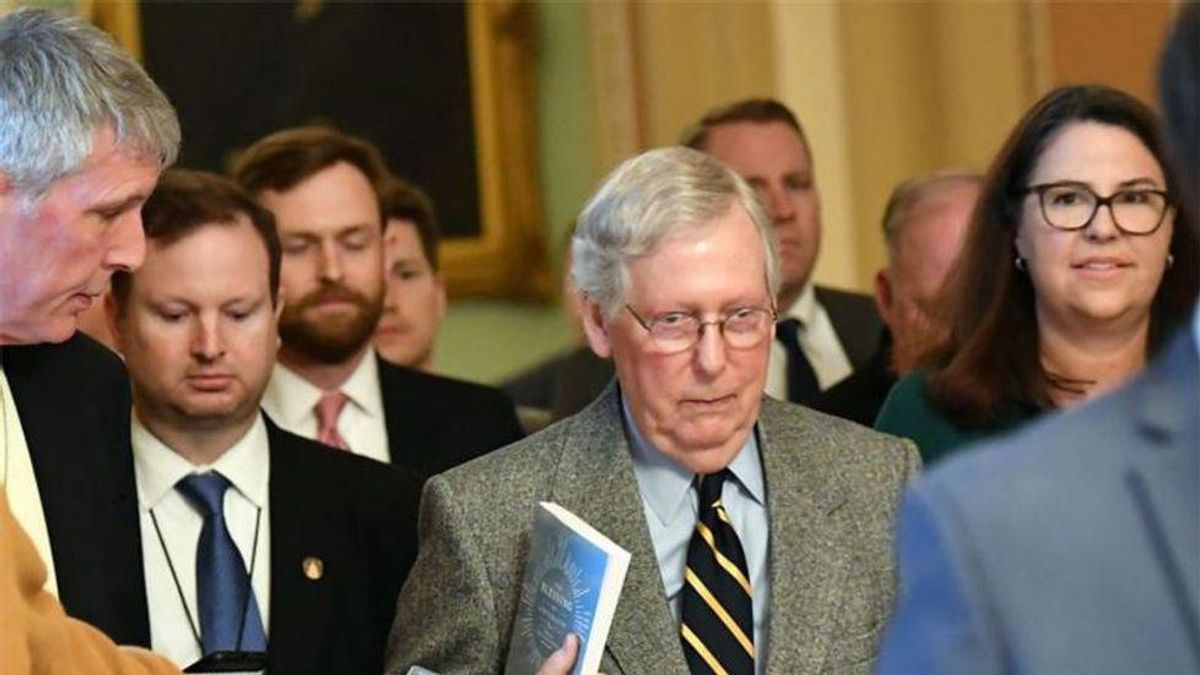 According to McManus, Republicans refusing to take a firm stance against political violence is not a good sign for a party that just lost the Senate and the White House.

The problem, he wrote, is that a substantial number of the GOP's most fervent supporters have said they are fine with the use of force to hold political power.

"A significant chunk of the party's most fervent supporters aren't so sure [the insurrection was damaging], and they illustrate the GOP's dilemma. At a time when the party needs every vote it can muster, it can't risk alienating loyal supporters, even if they embrace violence, " he wrote. "In a survey by the conservative American Enterprise Institute after the riot in January, 56% of Republicans agreed that 'the traditional American way of life is disappearing so fast that we may have to use force to save it.'"

According to the columnist, those voters are holding the party hostage as they try to woo voters back after four years of Donald Trump.

"In the same poll, 79% of Republicans said they still had a favorable view of Trump — and 36% said 'very favorable.' That consensus has made GOP politicians fearful of crossing Trump or questioning the actions of his most zealous supporters, including the Jan. 6 revolutionaries," McManus explained before noting, "Republican officials in both Georgia and Arizona, where Trump is still agitating to reverse the election results, say their families have been physically threatened by the former president's supporters."

"This is the Republican Party's problem, and Republicans need to solve it. They are trying to tiptoe around a fundamental problem: Their candidate lost a presidential election, but he not only refuses to accept the voters' verdict; he wants his party to 'fight' to restore him to power," he wrote before warning, "They want to move past the embarrassment of Jan. 6 — but that can't happen until they settle their internal debate: Are they a party that condones extraconstitutional violence or not?"