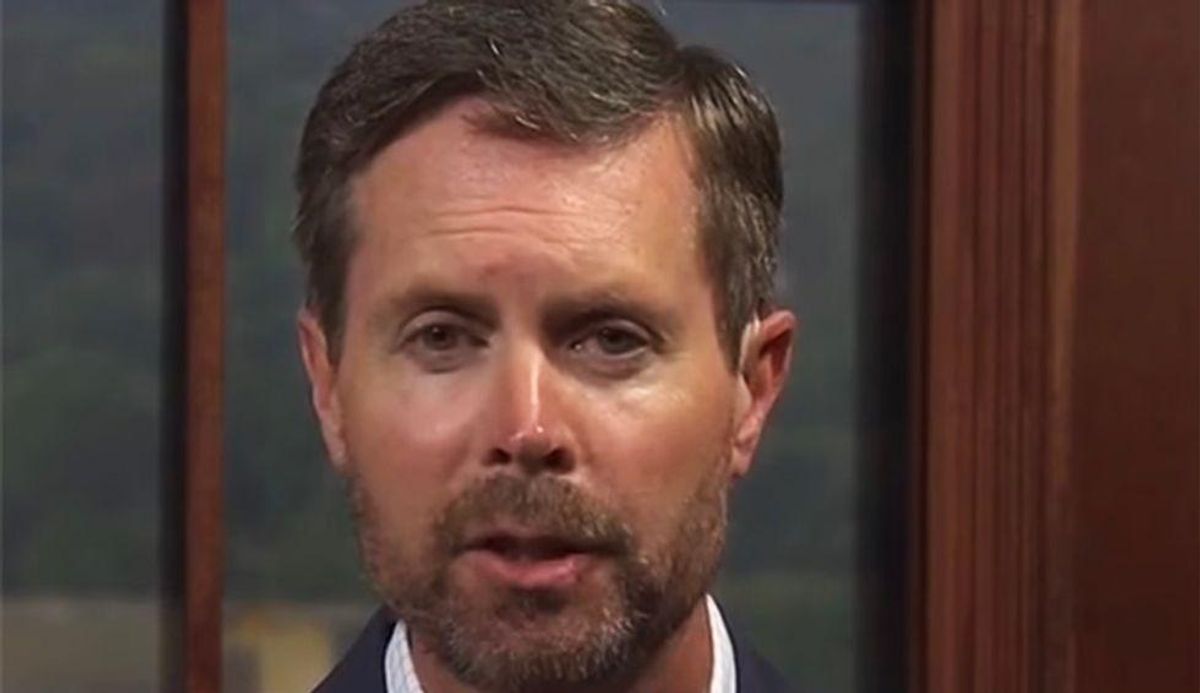 When Rep. Rodney Davis, was named to the Capitol riot commission Monday, what stood out most was the fact that he hadn't voted to overturn the election of President Joe Biden.

But recent media descriptions of Davis as a "moderate" are belied by his 88.8 percent pro-Trump voting record and the fact that he voted against both impeachments.

Just a week after the riot, Davis managed to heap public abuse on some of the Capitol Police officers who had risked their lives protecting him.

"This is bullsh*t!" Davis shouted at officers as he passed indignantly through the sort of metal detectors that most of the free world has come to accept as a fact of life.

"The threat is outside, not inside," he said. "Every resource used inside is one that can't be used outside."

It is true that Davis voted to certify Biden's election after the January 6 riot. And he declined to join the Texas lawsuit that futilely attempted to overturn the election, citing the precedent it would set that might allow blue states to challenge outcomes in red states in the future. He was the only McCarthy nominee to support the establishment of a January 6 commission.

Following the insurrection, Davis issued a statement mildly critical of Trump. But so did McCarthy, in even stronger terms, and the world knows how meaningless that was.

Plus, Davis' statement did include a subtle "whataboutism" reference to the 2018 Congressional Baseball game shooting (where he was taking batting practice at the time shots were fired):

"We are at a perilous moment in our Nation's history. President Trump, many of his allies in Congress, and media commentators on the right deserve blame for the circumstances that led up to one of the worst days this great country has ever seen.

Since November, many in my party perpetuated the lie that the election was "stolen" and gave false hope to millions that the president could somehow remain in office after January 20th. That was never going to happen. There must be accountability for leaders who deliberately misled the public, but I fear that without thoughtful and clear-eyed leadership from both sides of the aisle, we are in danger of further violence and political unrest.

While a convenient talking point, we must be honest that our country did not arrive at this moment in the last two months, or simply the last four years. Though many prefer not to admit it, political deception is a bipartisan disease that seems only to worsen and lead to violence.

Last Wednesday is the second time in my short Congressional career that I've needed to thank law enforcement for saving my life during an act of political violence. The former because a deranged gunman believed leaders and agitators on the left that I and my Republican colleagues were a danger to America.

We as a country have got to do better. There must be a full accounting of what happened leading up to and on the day of January 6th. Law enforcement must have all resources necessary to bring the perpetrators to justice. That investigation should be unimpeded and free from partisan influence. The investigation should be conducted in such a manner to sooth tensions and provide the public with confidence that law and order will prevail."

Those words sound reasonable enough. But so did the metal detectors inCongress one week after January 6.