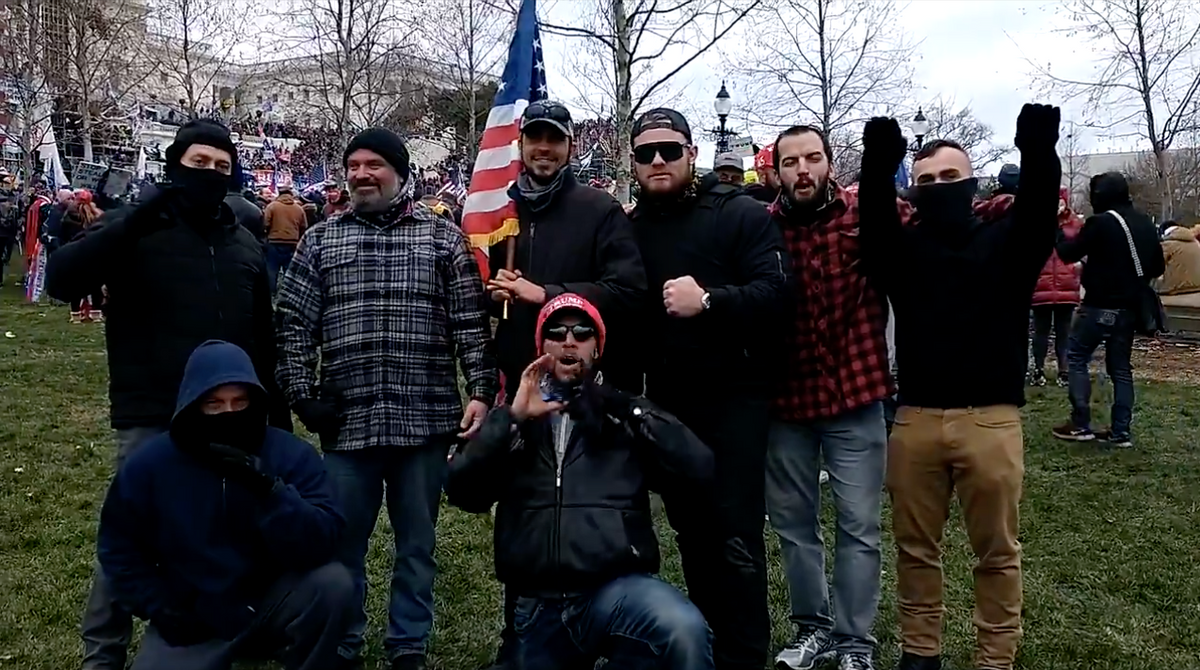 A Florida man who was recently forced out of his position as a police officer and his son rallied alongside the Proud Boys during the Jan. 6 siege on the US Capitol.

Kevin A. Tuck, who resigned from the the Windermere Police Department, and his son Nathaniel Tuck, formerly employed with the Apopka Police Department, have been indicted alongside Proud Boys Paul Rae and Arthur Jackman, who were previously arrested in March. The superseding indictment also includes Edward George Jr., who was arrested in North Carolina on Thursday.

Jackman, one of the Proud Boy defendants also has police ties: His wife, Sarah Jackman, is a deputy with the Orange County Sheriff's Office. Following an administrative review, she was cleared of wrongdoing, with the agency reportedly finding that she had no involvement or prior knowledge of her husband's involvement in the Capitol breach.

The indictment also includes Edward George Jr., a Proud Boy who was arrested in North Carolina on Thursday. George made his first appearance before a magistrate judge in Raleigh on Friday morning.

Charging documents so far do not outline any specific connection between the Tucks and the three Proud Boys. The indictment charges all five men with obstruction of an official proceeding; entering and remaining in a restricted building or grounds; disruptive conduct in a restricted building or grounds; entering and remaining in the gallery of Congress; disorderly conduct in a Capitol building; and parading, demonstrating, or picketing in a Capitol building.

Edward George and Nathaniel Tuck are also charged with civil disorder, and George alone is charged with assaulting, resisting or impeding certain officers.

Paul Rae and Arthur Jackman followed Proud Boys organizer Joe Biggs, also a Florida resident, into the Capitol through a door from the West Terrace shortly after Proud Boys member Dominic Pezzola smashed out a window adjacent to the door, according to government filings.

Video published by the New Yorker reportedly shows Jackman and Biggs ascending a staircase inside the Capitol, with Jackman placing his hand on Biggs' shoulder. The footage also shows Jackman taking a selfie in the Senate chamber.

Later, according to the government, Rae reentered the Capitol a second time with Biggs through the Columbus Doors on the east side of the building.

Publicly available video shows Nathaniel Tuck, who was nicknamed #BulgePB, walking across the Capitol grounds, with his father, nicknamed #HorizontalBlackPB, walking behind him with his hand on his son's shoulder. Behind Kevin Tuck, also with hand on shoulder is Arthur Jackman, dressed in a red and black plaid shirt. The video appears to show police in riot gear escorting the insurrectionists away from the Capitol. 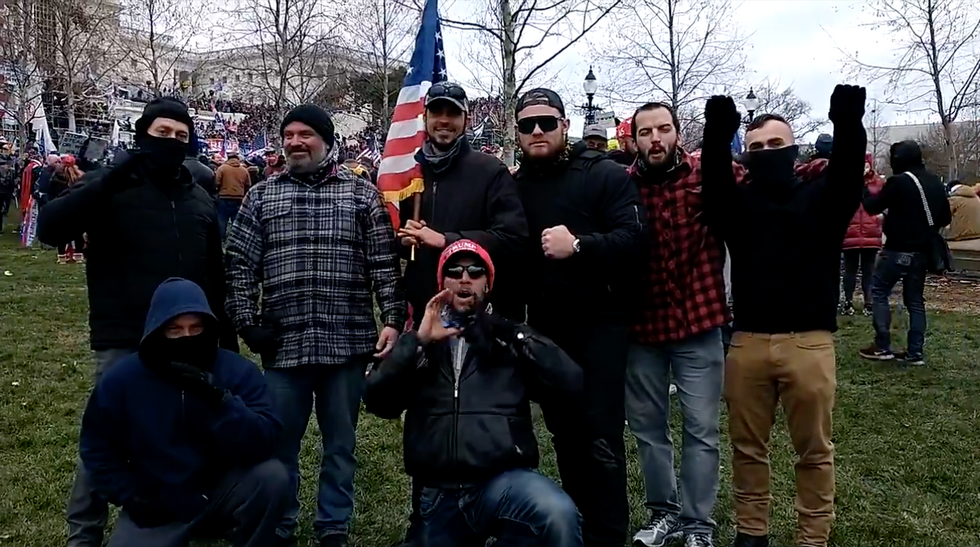 George marched with the Proud Boys in Washington, DC on July 4, 2020, as they counter-protested Black Lives Matter. George described getting involved in a scuffle during the march in a podcast with fellow Proud Boy Robert Piccirello. George said he met Charles Donohoe, who is now charged with conspiracy alongside Biggs, at the July 4 rally in DC.

George told Raw Story during an August 2020 interview that he was from Fayetteville, NC, but that he was living in Florida at the time. The Proud Boys mobilized about 40 members from North Carolina and Pennsylvania to join a QAnon-inspired march in Fayetteville in late August 2020.

George said he did not attend the march, but in a post on Facebook around the same time he expressed a preoccupation with the #Frazzledrip, a bizarre conspiracy linked to both #Pizzagate and QAnon that promotes the idea that Hillary Clinton ripped the faces off small children and wore them as masks before drinking their blood in a Satanic ritual.

By the summer of 2020, the #Frazzledrip conspiracy had evolved to claim that television host Ellen DeGeneres was celebrating Clinton's supposed crimes against children.

"Ellen is evil as they come #fazzledrip [sic] #SaveTheChildren #BLM," George posted on his Facebook page in August 2020. "Is the world ready for all this to come out? A lot of us have been exposing these people for 5 yrs or more."