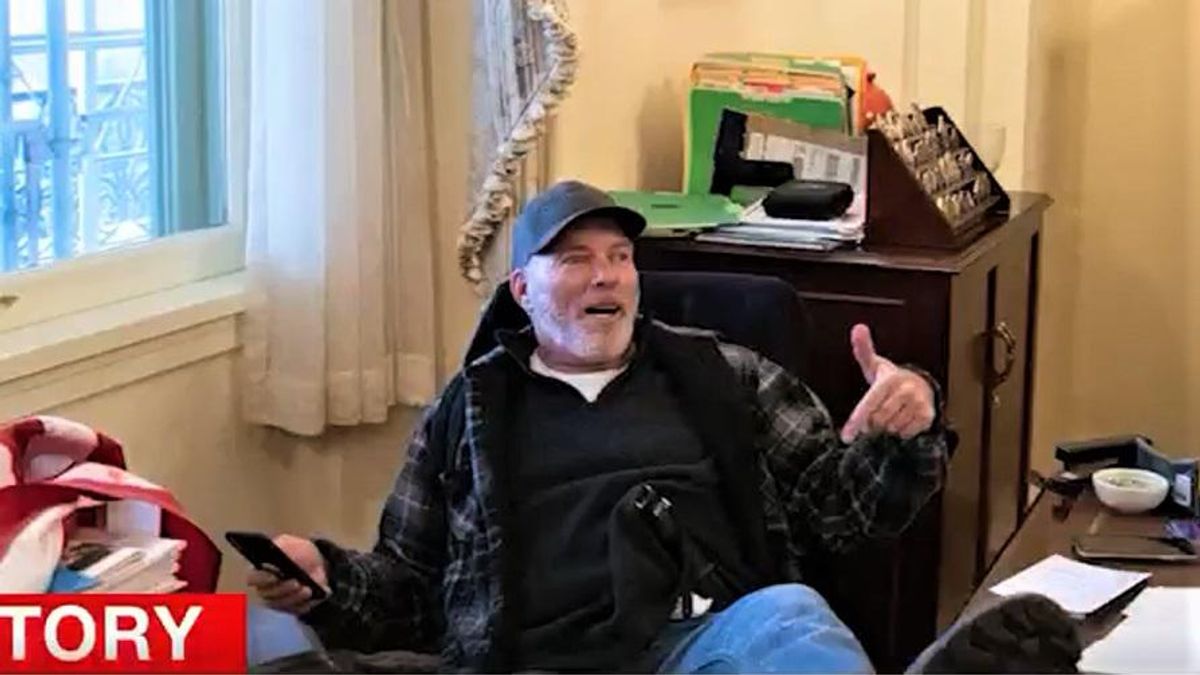 On CNN Wednesday, anchor Brianna Keilar interviewed Joseph McBride and Steven Metcalf, attorneys for accused Capitol rioter Richard Barnett who was photographed sitting in House Speaker Nancy Pelosi's chair and leaving her a threatening note — and they struggled to defend their legal arguments in favor of their client.

"So you made an argument in court yesterday that raised some eyebrows," said Keilar. "You argued that your client calling the speaker, and I am quoting here, a, quote, 'b*atch' rather than a, quote, 'b*tch,' was less offensive. Do you stand by that argument today?"

"Yes, we stand by that argument today," said McBride. "But more importantly, the argument was made intentional as to raise eyebrows to the fact that the government has deliberately mischaracterized evidence since the inception of this case."

"Okay, but let me ask you about this," said Keilar. "How is the difference between, quote, 'b*atch' or, quote, 'b*tch', significant at all if the person who wrote the menacing note did so after entering the Capitol illegally, allegedly, and allegedly trespassing in her personal office while allegedly armed with a powerful taser?"

At another point of the discussion, Keilar brought up the attorneys' comparison of their client to the George Floyd protesters.

"In one court filing, you compare what happened in Washington, D.C., on January 6th to Black Lives Matter protests in Minneapolis after the death of George Floyd," said Keilar. "How do you square that? Especially knowing now that George Floyd's death was murder. That an officer has been convicted for his murder. Is that really a valid comparison?"

"Sure," said McBride. "So the motion to which you are referring, we explicitly state that George Floyd was murdered by the police on national TV. and his murder on TV provoked a massive reaction. Now anybody who was alive or—"

"So we acknowledge the fact that George Floyd was murdered," said McBride. "Now we made very — we were very sure not to equivocate the experience and the issues regarding George Floyd's unfortunate passing with those of the Capitol situation. However, when you look at 2020, you cannot look at it in a vacuum."