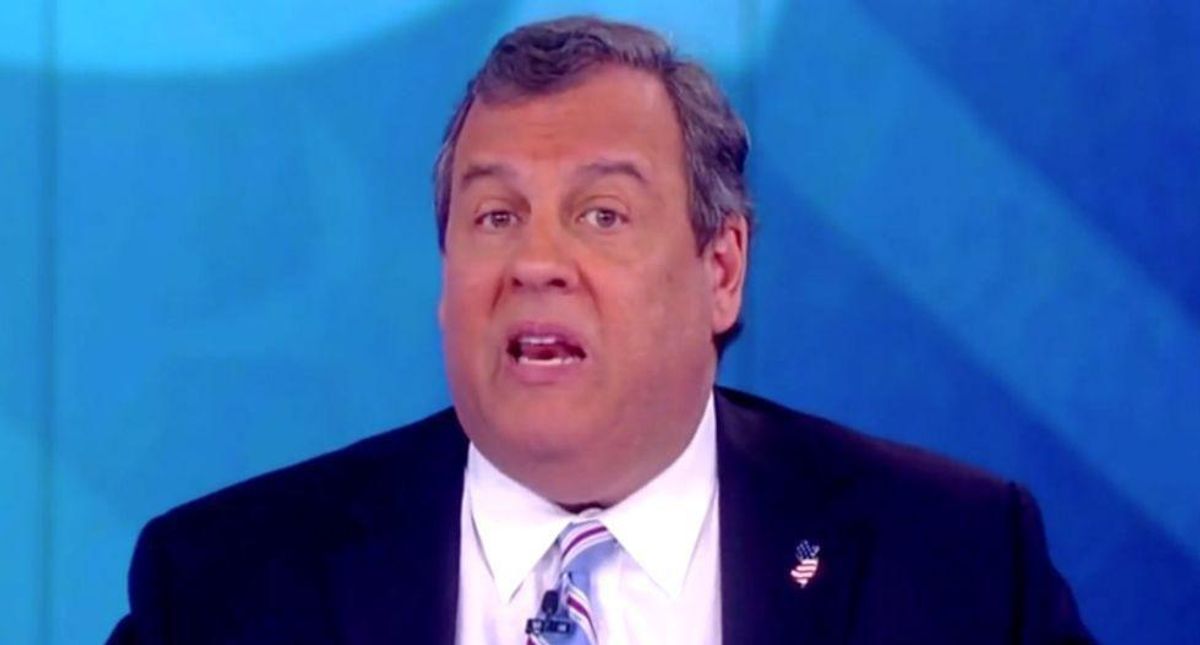 In a scathing column for the Bulwark, conservative Amanda Carpenter had little good to say about former New Jersey Gov. Chris Christie (R) as he tries to ignite a drive for the 2024 GOP presidential nomination with proposals to move the Republican Party beyond Donald Trump -- without criticizing the former president.

In a high-profile speech last week at the Reagan Library, Christie noted the need for the Republican Party to get back to its roots and put behind the past four years that have seen the party be captured by conspiracy mongers who have driven away mainstream conservatives.

However, as Carpenter -- who used to write speeches for Sen. Ted Crux (R-TX) -- noted, Christie avoided the elephant in the room, by which she means Trump.

That, in turn, led her to ask: "Why should anyone listen to Chris Christie?"

"If there was anything positive to take from Christie's Reagan Library speech—silver linings can be found in cesspools if you squint just the right way while the sun glints off feces—it's the fact that someone who was so close to Trump is making the calculation—at least for now, at least in the abstract—that there's political advantage in appearing to distance the Republican party from Trump and Trumpisim" She wrote before adding a biting, "Admittedly, watching Christie attempting to strike this pose is like seeing someone talk calmly about the intricacies of brain surgery while being lobotomized by a pack of monkeys. It feels icky and you know in the end that he's going to end up with any manner of metaphorical pointy metal objects stabbed into his head, neck, and back."

"If Christie were interested in denouncing Trump and speaking truth to power, he might have something direct to say about the election lies Donald Trump continues to tell at every public opportunity. Christie might even be willing to leave the genteel confines of the ABC studio and speak directly to the pillars of the MAGA media about such matters," the conservative columnist suggested.

Giving Christie the benefit of the doubt that he might be sincere and not just trying to play to both sides of the GOP, Carpenter issued a challenge to the former governor.

"Maybe, despite boasting about how well he sleeps at night, the big fella really does regret the part he played in bringing us into this awful timeline," she wrote. "So a proposition: For every high-profile appearance Christie made promoting Trump's 2016 candidacy, his presidency, and then his 2020 candidacy, he should now make an appearance advocating the need to disqualify Donald Trump from holding future office, in explicit terms."

"This shouldn't be a problem because Chris Christie is a bold and blunt and forthright kind of guy—just ask him," she sarcastically concluded.