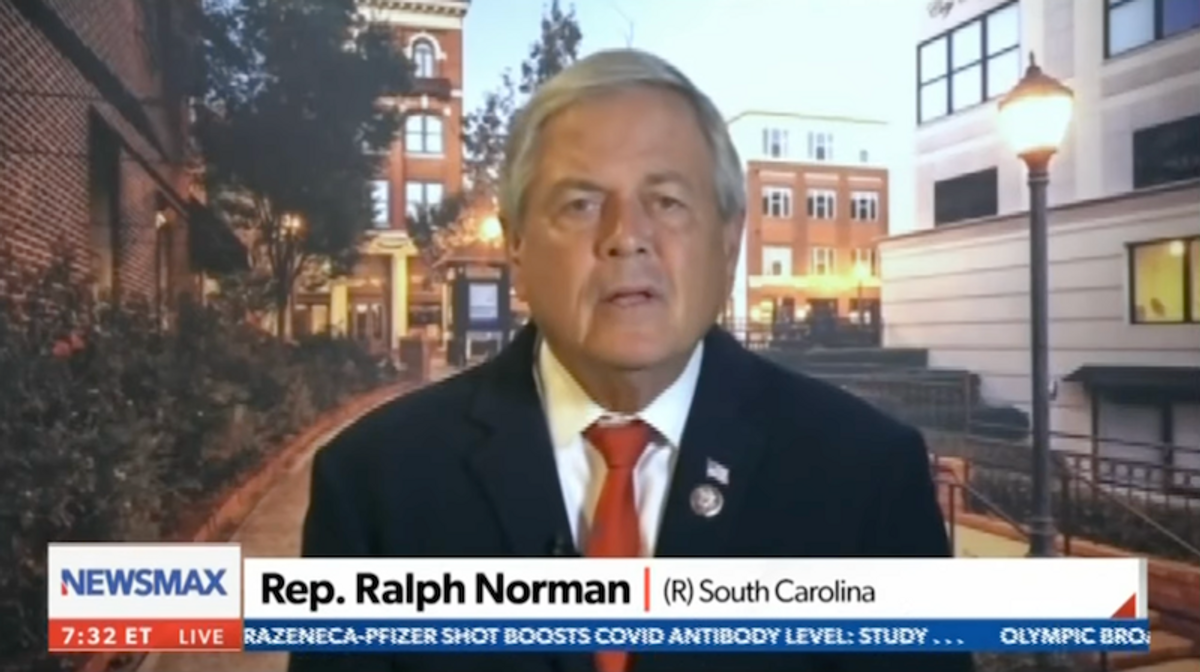 "I don't think they're going to take it well," Norman said when asked how he thinks people will react if the CDC again recommends that people wear masks in public places, regardless of whether they're vaccinated. "I think you can see massive revolts against doing this, particularly with this administration and being so hypocritical in other areas. I think they'll revolt against it."

"What will be interesting is when board an airplane, whether people are gonna decide they want to do it or not, or risk being thrown off the plane," he added. "But it's going to be massive. This is part of their strategy to do this. Where is the commission to find out where it (COVID-19) really came from? Does anybody believe it was from a bat in a wet market? No, this is from a foreign country, China, which we think, a lot of us think, they're putting this out on America because they despise America, they're a communist country."

Asked about the threat of a federal "vaccine mandate" if the FDA gives permanent approval to COVID-19 vaccines, Norman responded: "What I'm hearing is they'll probably try it. You know, we've got freedom in this country to choose whether we get vaccinated or not. I got vaccinated. But the same thing on the mask. Most of the doctors I talked with say masks do no good. This is another scare tactic that I think this administration is using, and I think they probably will (require vaccines) at some point."

Norman went on to claim it would be "hypocritical" to require vaccines since they are not required of undocumented people crossing the U.S.-Mexico border.

"The bottom line is this is a choice we ought to be able to make, and it shouldn't be dictated by the government, by Nancy Pelosi," he said.

He continued his attacks on Pelosi when asked whether he believes the select committee investigating the insurrection will be "bipartisan and fair."

"Absolutely not," Norman responded. "She's picking who she wants because she's picking people who are known to have a dislike for Donald Trump. She wants to keep all the focus on Donald Trump for midterms, and that's what will happen, instead of solving problems in this country. She is a dictator. The thought of her picking all the members. I hope Kevin McCarthy will stick to his guns on this. There's no reason to take part in this investigation. This is a dog-and-pony show. The only thing that matters to this administration is power, and that's what they're trying to maintain."