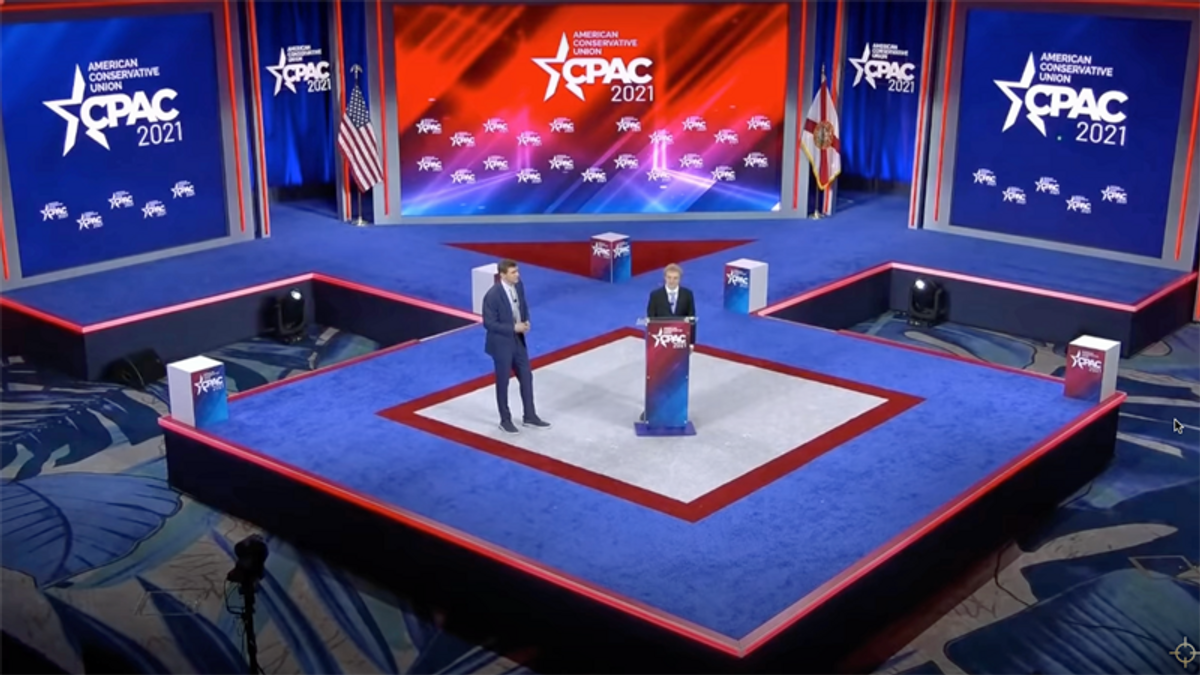 On Sunday, Hyatt issued a statement distancing the company from the conference.

"We take the concern raised about the prospect of symbols of hate being included in the stage design at CPAC 2021 very seriously as all such symbols are abhorrent and unequivocally counter to our values as a company," Hyatt said.

In response, the American Conservative Union (ACU) -- the organization that puts on CPAC -- lashed out at the company's criticism.

"Contrary to Hyatt's own mission statement of inclusivity, your company just attacked its own customer by caving into the pressures of the politically motivated social media agitators who seek to destroy CPAC, our attendees and speakers from across the country, and the millions of Americans who support our work. Hyatt made a decision to issue additional statements late last night after the conference ended that disparaged and defamed us. These statements appear to validate demonstrably false and malicious claims," ACU argued.

The organization, which let Trump push lies about election fraud, argued criticisms of their stage design are "irresponsible, untrue, and contribute to a climate of division and hatred."