Rush Limbaugh cover-host Dan Bongino interviewed Donald Trump this weekend for Fox News but the video has caused some controversy after the conservative network posted an edited version of it on their accounts.

Trump spokesperson Liz Harrington demanded answers from the network and from Bongino, which causes a flurry of fury across right-wing social media. Instead of publicly calling him out, raging at him, and demanding answers, Bongino argued she could have just called him to ask about it.

"I was not made aware of ANY edits made to my interview with President Trump on the Fox News YouTube account. I'm looking into this right now and I will provide a full account of what happened," Bongino wrote on Parler.

"Also, it's disturbing that I wasn't even contacted BEFORE this tweet was sent out to determine who did this, and why. I've been a staunch ally to President Trump from the beginning, even when others sold him out. And I have the receipts to back it up," he said. 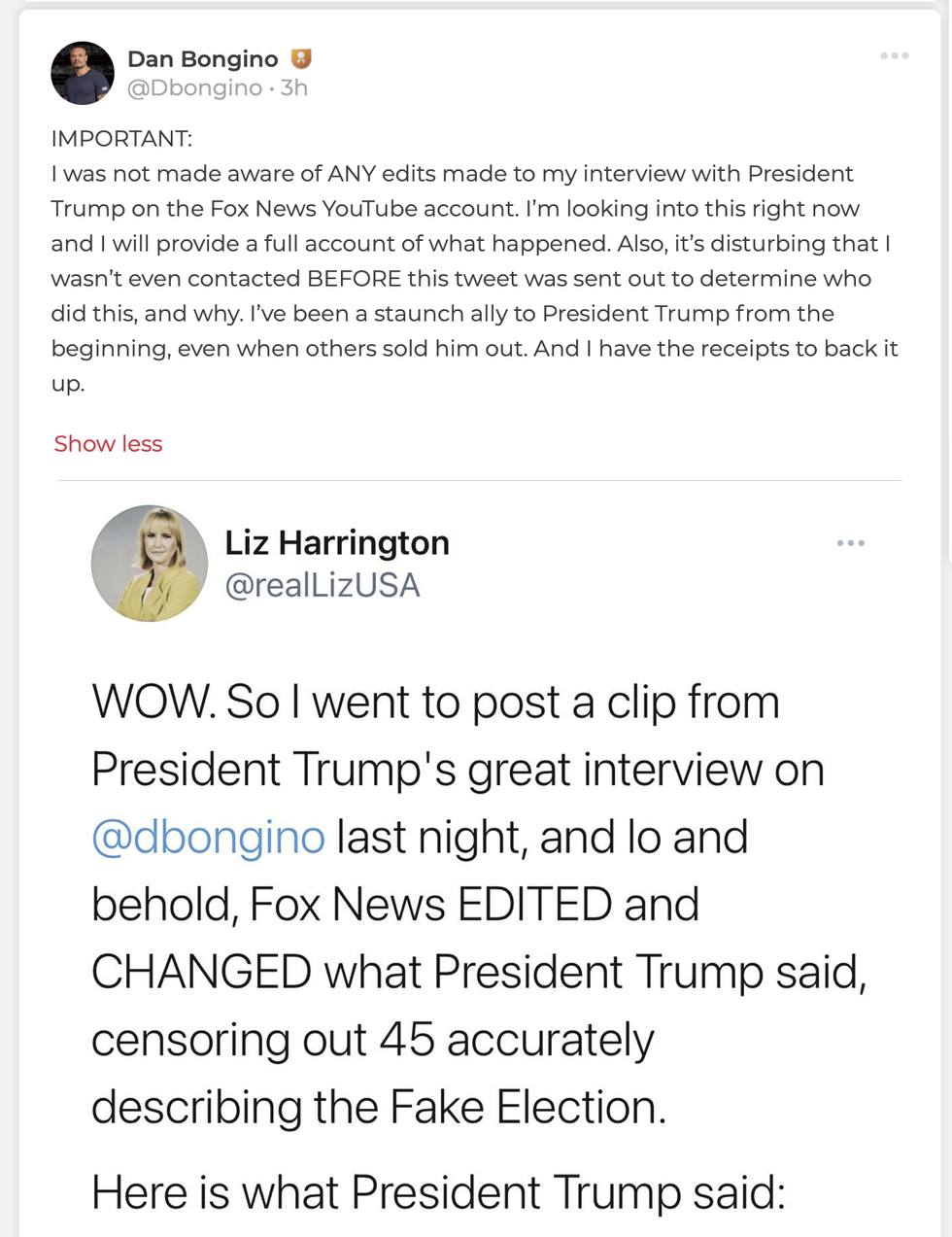 Two hours later, Harrington posted a clarification as Bongino was shredded across social media for his anti-Trump edits.

"This had nothing to do with @danbongino," Harrington tweeted. "The interview happened to be on his show. Dan is a great friend of America First. It was @FoxNews who cut out President Trump's statement about the Fake Election, just like they have cut out coverage of election fraud ever since."