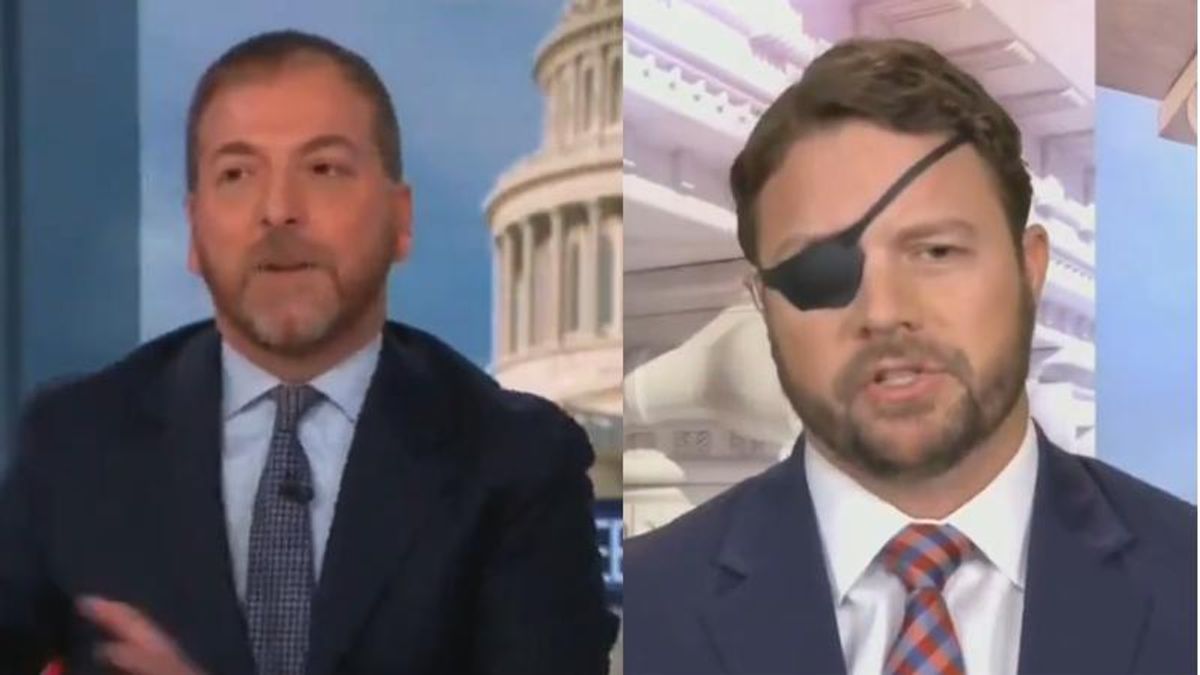 That is when the battle began.

With Todd accusing the Republican of previously questioning the election results and adding "what you did gets weaponized by the former president," Crenshaw fired back.

"He's one of many leaders," Crenshaw stated before asserting, "You guys in the press love doing this -- and I get it. The press is largely liberal…"

That was when the NBC host cut him off and talked over him.

"Don't start that. There's nothing lazier than that excuse," Todd lectured as Crenshaw whined, "I'm not going to take the bait."

"I'm not trying to bait you," Todd shot back.

Dan Crenshaw doesn't like Chuck Todd bringing up the fact that he signed onto the Texas lawsuit to toss out swing s… https://t.co/HUWWPBUaXk
— Justin Baragona (@Justin Baragona) 1621172356.0