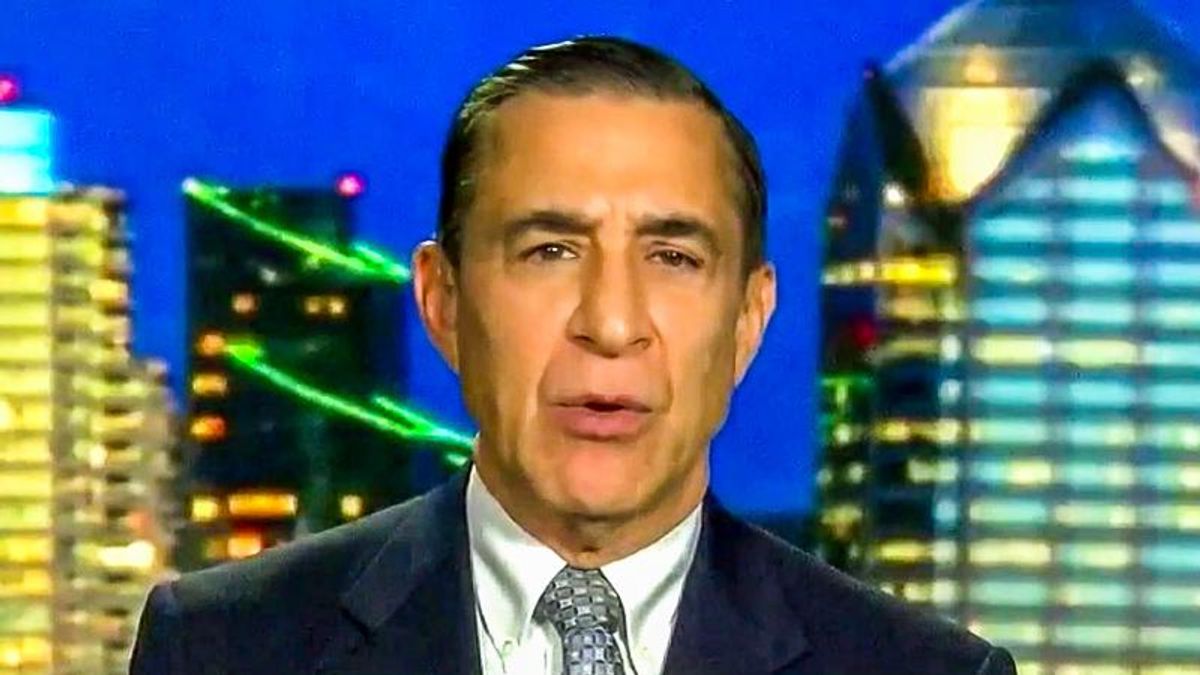 Rep. Darrell Issa (R-CA) on Monday suggested that President Donald Trump is the victim of liberals who are "kicking him when he's down" by shutting down his Twitter account.

During an interview on Fox Business, host Maria Bartiromo asked Issa why Democrats are trying to impeach Trump after he incited a failed insurrection on Capitol Hill.

"It's probably similar to shutting off the Twitter feed of somebody after his presidency is essentially over," Issa said. "It's kicking him when he's down. It's getting rid of 88 million people who follow and listen to the president."

"There's no question at all that I think the liberals saw an opportunity, a misstep by the president that they're going to overplay and they're overplaying it as we speak," he added. "They're overplaying a lot of things, including the death of these people on Capitol Hill."