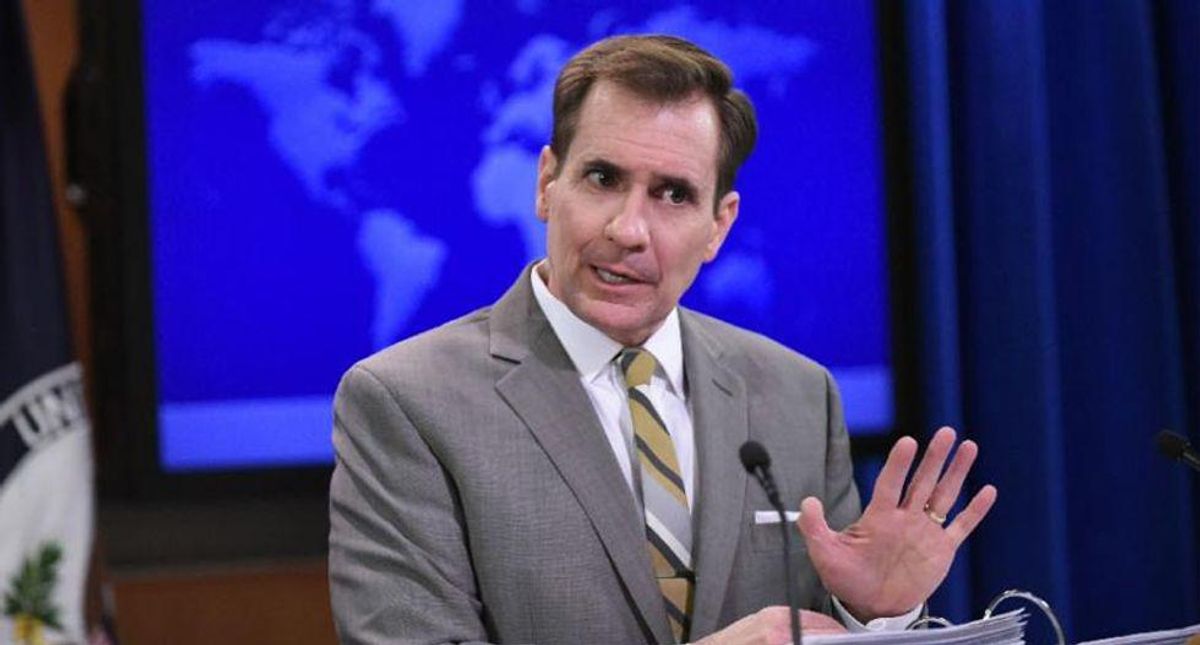 Reporters hammered Pentagon spokesperson John Kirby about the recent revelations in the book "Peril" by Bob Woodward and Bob Costa. According to the book, Joint Chiefs of Staff chair Gen. Mark Milley spoke to his Chinese counterpart, trying to calm any fears that former President Donald Trump would start a nuclear war with them.

Over and over Kirby explained to reporters on Wednesday that he wasn't in the Pentagon when this was happening, he doesn't work with the people who were there at the time and, even now, he doesn't know the specifics outlined in the book because he hasn't read it. All of these alleged events happened in the final month of the Trump administration and it happened even after Trump fired Defense Secretary Mark Esper.

Former acting Defense Secretary Chris Miller told Fox News that he never authorized a call between Gen. Milley and his Chinese counterpart. A reporter noted that Miller said, "it was the policy at the time that there was no senior government engagement with China." She asked if that was true, but again, Kirby wasn't working under the Trump administration and didn't know whatever policies they put in place.

"So, the White House basically and President Trump back then, former President Trump would actually know about the conversation before taking place and would know what happened in the conversation so for him to say if the allegations made in the book by Woodward and Costa were true, then the chairman should be put on trial for treason?" another reporter asked.

"Oh, my goodness!" Kirby exclaimed as the reporter made it clear those weren't his words. "Look, I can't speak to processes before this administration took office. I just can't. As much as I know you'd like me to, I just can't do that."

He explained that the process under the Biden administration's Defense Department is approaching issues like this differently than the previous president.

After the briefing, retired Army Gen. Barry McCaffrey explained to MSNBC, Gen. Milley has no authority to give orders to the military, so hysteria around his comments is absurd. He said that what should be of concern is that a president may have been ready to start a nuclear war to stay in office after losing an election.

See the briefing below: