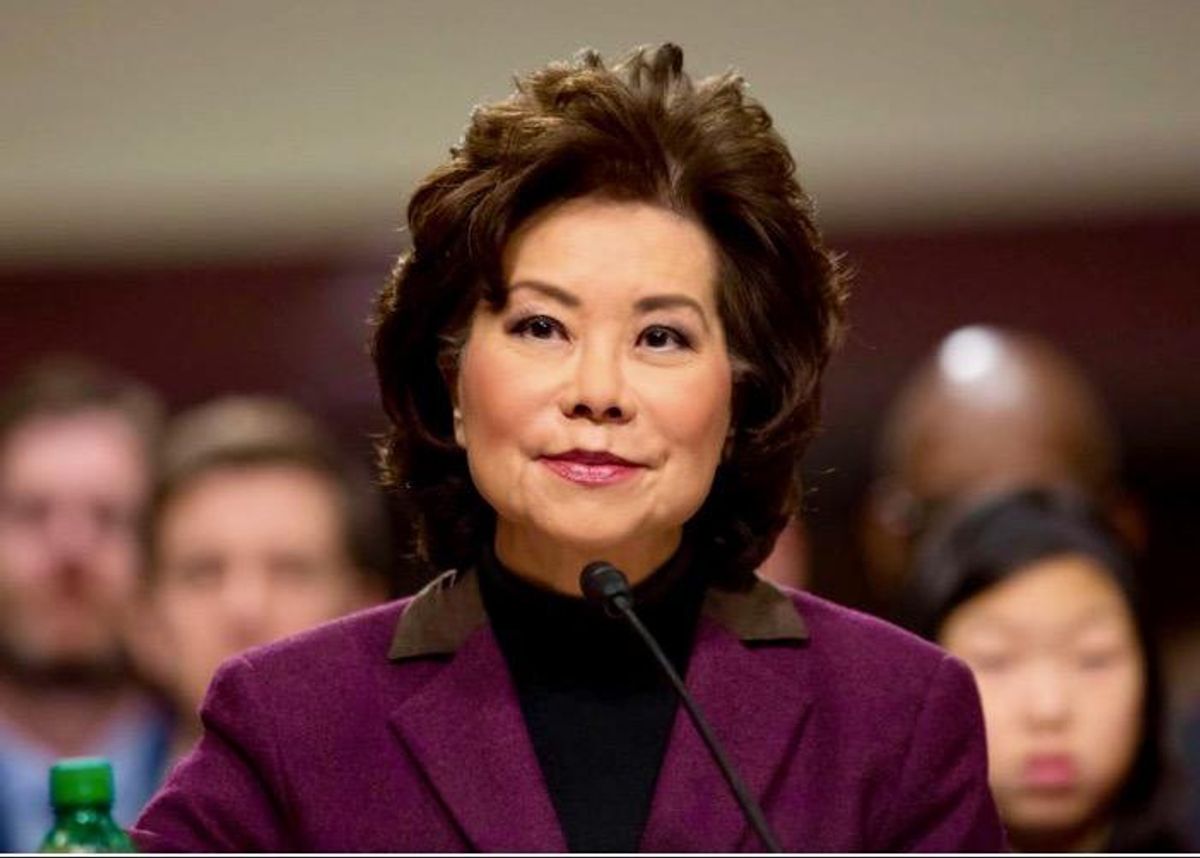 "The inspector general's investigation detailed a series of instances where Ms. Chao directed her staff to spend federal government time and resources to help with matters related to the shipbuilding company and her father," said the report. "The Chao family company, Foremost Group, was responsible as of 2019 for a large portion of orders at one of China's biggest state-funded shipyards, and has secured long-term charters with a Chinese state-owned steel maker, The Times reported. Foremost's ships carry bulk cargo such as iron ore and coal, focusing on shipping those commodities to China."

"The investigators also found that she repeatedly asked agency staff members to help do chores for her father, including editing her father's Wikipedia page, promoting his Chinese-language biography, and directing two staff members from the transportation secretary's office to send a copy of her father's book 'to a well-known C.E.O. of a major U.S. corporation' to ask if he would write a foreword for the book," said the report.

Chao resigned in protest of former President Donald Trump's handling of the Capitol riot ahead of President Joe Biden taking office. The IG investigation had been ongoing for months, with the Trump administration accused of trying to replace the watchdog to produce a more favorable outcome.