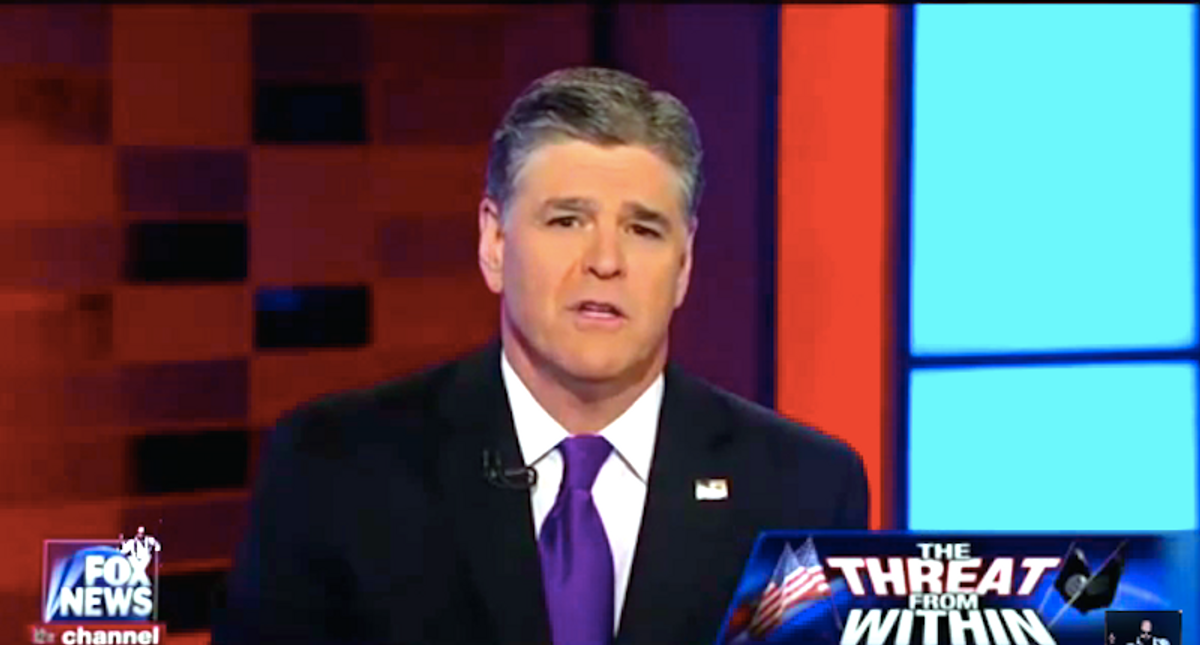 On Tuesday, CNBC reported that Dominion Voting Systems, the election systems company targeted by pro-Trump conspiracy theories, plans to file more lawsuits against the figures spreading defamatory allegations about their election activities — and that one possibility would be suing Fox News itself.

"CEO John Poulos, whose company filed a $1.3 billion defamation suit a day earlier against MyPillow CEO Mike Lindell, confirmed that more legal action was coming in an interview with CNBC's Eamon Javers on 'Closing Bell,'" reported Kevin Breuninger. "It's 'definitely not the last lawsuit,' Poulos said. Asked directly if Dominion would sue Fox News, Poulos said, 'We are not ruling anybody out.'"

The suit against Lindell, a far-right conspiracy theorist who gives customers discounts with the promo code "FightForTrump," centers on his repeated claims that Dominion stole the election for President Joe Biden. He has called this unsubstantiated plot the "biggest crime ever committed in election history against our country and the world," and told Axios "we have 100 percent evidence that China and other countries used their machines to steal the election."

Another election systems company, Smartmatic, is waging a $2.7 billion suit against Fox News for reputational damage from a similar disinformation campaign.