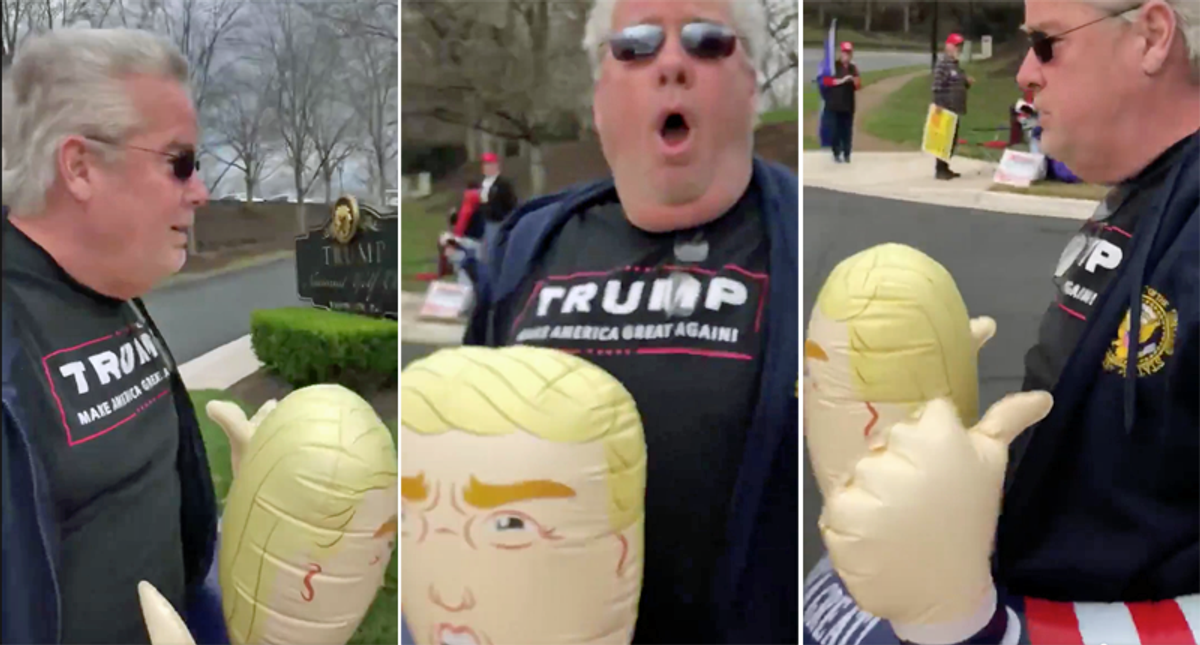 "The self-harm of Trump voters should concern us all," Frum wrote. "They are fellow human beings. And because their self-harm also drives them to dangerous political extremes, their self-harm is also an important civic matter too. BUT there's an issue of personal responsibility here too."

The self-harm of Trump voters should concern us all. They are fellow human beings. And because their self-harm also… https://t.co/7KoYevRpY6
— David Frum (@David Frum)1619012376.0

Scientists delivered "astonishingly effective" vaccines in less than a year since the pandemic broke out, and Frum said they work so well that herd immunity may not even be necessary -- but Trump supporters are recklessly risking their lives by refusing to get the shots.

"If the vaccines work as well as they seem to work, then vaccine refusal really does become a personal decision, like a motorcyclist refusing to wear a helmet," Frum wrote. "I believe we ought to try to save people from self-harm. But there are practical limits to paternalism."

Trump and Fox News bosses all got the vaccines they cast suspicion upon, which Frum said reminded him of Sarah Palin and other Republicans waging culture wars against healthy eating, and he said those lies are putting millions at needless risk of illness and death.

"The people who voted Trump and watch Fox are victims of a slow-rolling national tragedy," he wrote. "But they are not *only* victims. They bear responsibility too for the harm they do themselves and their families."

The harm of COVID-19 denial at this point, as supplies of the vaccines are about to outpace demand, fall almost entirely on the coronavirus skeptics, Frum said -- and Frum said they may be a lost cause.

"Eventually a free society reaches the limits of its ability to protect the ignorant and careless from themselves - and what a society cannot do, it can have no duty to do," Frum wrote.

Eventually a free society reaches the limits of its ability to protect the ignorant and careless from themselves -… https://t.co/Ghh76O6dB4
— David Frum (@David Frum)1619013789.0