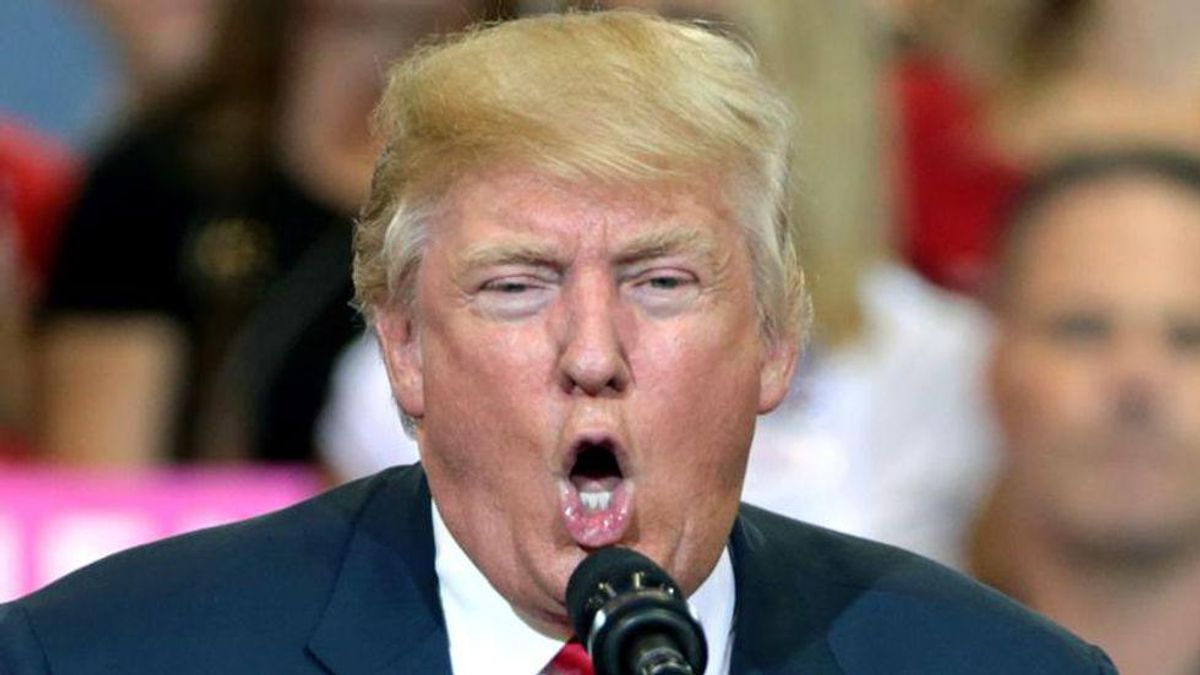 Donald Trump speaking with supporters at a campaign rally at the Phoenix Convention Center in Phoenix, Arizona. (Gage Skidmore)

The evening before Father's Day, Trump suggested people should gift tickets to his Orlando event with O'Reilly in Orlando.

"My tour with Bill O'Reilly is getting a lot of attention, and I'm looking forward to it. Maybe tickets would make a great Father's Day gift? In any event, I'll see you then, and much sooner!" Trump said in a statement that was emailed as he has been banned from social media.

Tickets to the first event, in Sunrise, Florida are being sold for $100 to $7,500 for two tickets. It is being held in December at the BB&T Center, which seats almost 20,000 people for arena football events.

Tickets are the same prices for their second event, at the Amway Center in Orlando, which seats over 18,000 people for NBA games.