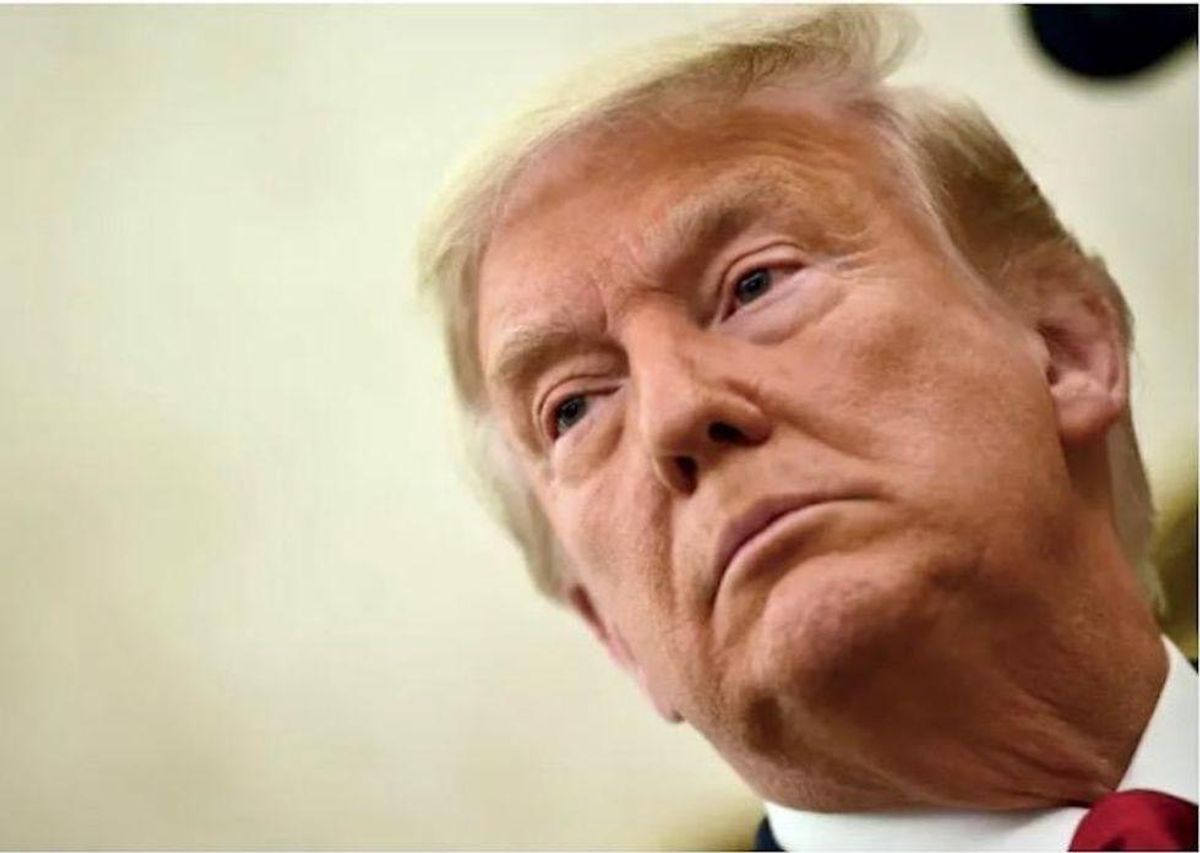 The ex-president's advisers have been pressing potential challengers on their ability to raise money and the strength of their campaign organizations, hoping to find a single candidate to take down Cheney, reported Politico.

"Trump's analysis is correct that we need to get it down to a two-person race, and at that point, the challenger is likely to win, based on the polling we've done," said David McIntosh, president of the conservative Club for Growth.

The club is expected to spend millions of dollars once a single candidate emerges, and Trump is hosting two challengers -- state Rep. Chuck Gray and attorney Darin Smith -- at his Bedminster, N.J, golf club, and his son Donald Trump Jr., who's spent a lot of time hunting in Wyoming, will take part in the discussions.

"The Wyoming race is the highest priority of the cycle. It's a must-win for President Trump," said GOP donor Christopher Ekstrom. "I hope he fully understands that because it's an undeniable fact."

Trump supporters are confident that Cheney, who voted to impeach and has been outspoken in her criticism of the former president, can be taken down, but the GOP congresswoman has $2.8 million in her war chest, more than eight times as much as Gray, the challenger with the most cash.

"If they think that they are going to come into Wyoming and make the argument that the people of Wyoming should vote for someone who is loyal to Donald Trump over somebody who is loyal to the Constitution, I welcome that debate," Cheney said in May.

Trump Jr. backed an ultimately unsuccessful bill that would have implemented a runoff if no primary candidate received a majority of support, and some state lawmakers are still trying to hobble Cheney's chances, but Trump allies are hoping that a single challenger will emerge.

"The key will be for the America First constituency to galvanize behind one candidate," said pardoned Trump ally Roger Stone. "If she is opposed by multiple Trump candidates they will simply divide the vote."

The problem is, none of the challengers has generated much excitement.

State Sen. Anthony Bouchard isn't among the candidate who will meet with Trump at Bedminster after admitting to getting a 14-year-old girl pregnant when he was 18, and Smith and Gray are in a competition to prove their devotion to the twice-impeached one-term president, with Smith boasting that he attended the Jan. 6 "Stop the Steal" rally and Gray touting his recent trip to see the Arizona election "audit."

Ultimately, both candidates understand that Trump himself will probably decide who challenges Cheney.

"We've got to be willing to put the country over ourselves," Smith said. "There's no way ever that I'll be the reason that Cheney goes back to Congress."