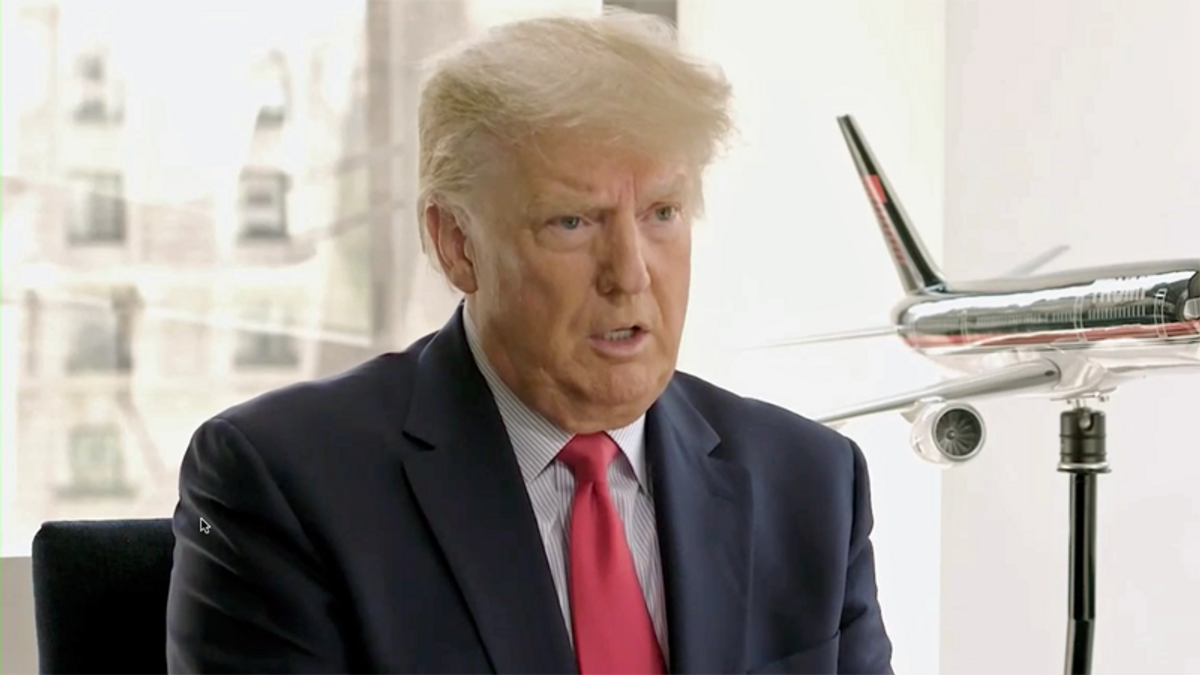 Donald Trump lashed out at Republicans for not further embracing his debunked conspiracy theories about the 2020 election.

Trump was interviewed by Chanel Rion on OAN on Thursday.

"We don't have a free and fair press any more media anymore," Trump said on the far-right network. "This is not free and you know, you look at communist countries. that's what happens, nobody can talk, and when you can't talk, there's nothing to discuss."

He then pushed his conspiracy theories about the election, which he decisively lost to President Joe Biden.

"Republicans don't want to talk about it, the weak or stupid or RINOs or call them whatever you want," he complained. "And yet the voter, the Republican voter, that's what they want to hear. They want to hear about 2020."

He then complained that he can't veto legislation coming from Congress because Senate GOP Leader Mitch McConnell did not overturn the will of the voters and end democracy in America.

"If Mitch McConnell fought in the Senate for election integrity, you would have lots of vetoes coming out right now out of the White House because you'd have a different president," Trump said. "But other than fundraising, he's very weak."