'Scores of people left early': Trump supporters walked out of rally after his speech 'fell flat' 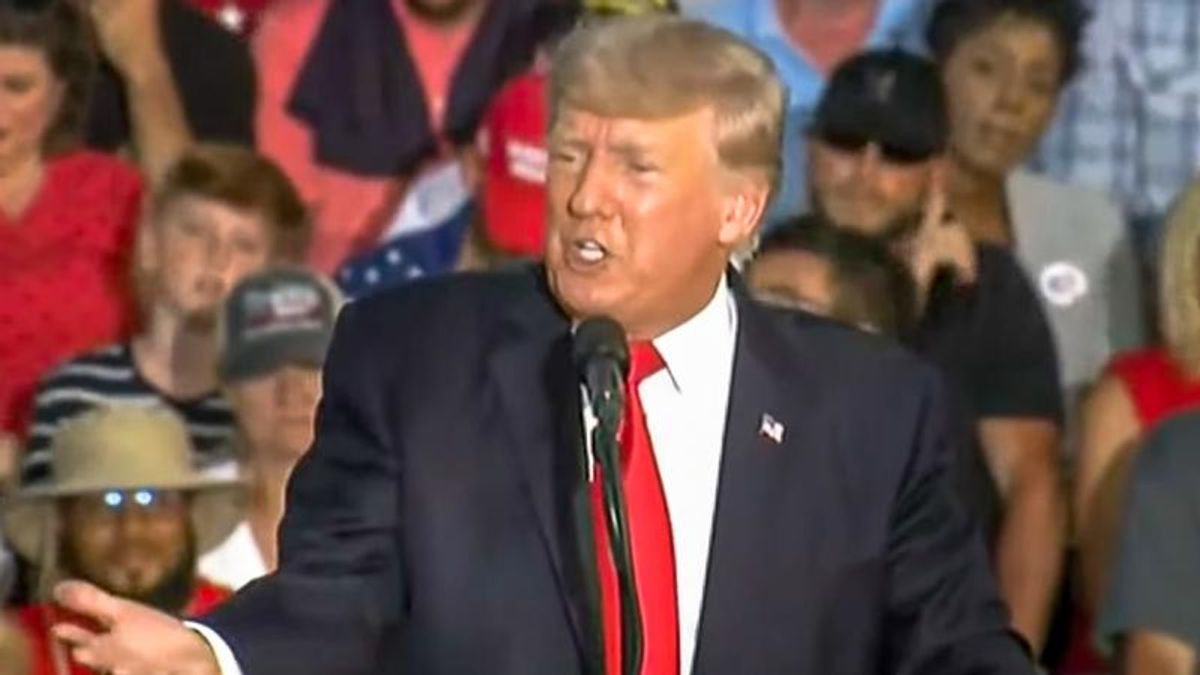 Dozens of people walked out of a rally in Ohio over the weekend as former President Donald Trump was speaking.

The Saturday evening event in Wellington was Trump's first official rally since being ousted from the White House.

According to a report in The New York Times, Trump used the rally to repeatedly and falsely claim that the 2020 presidential election was fraudulent.

"Yet in the audience and on the stage, the scene in Ohio on Saturday was reflective of how diminished Mr. Trump has become in his post-presidency, and how reliant he is on a smaller group of allies and supporters who have adopted his alternate reality as their own," New York Times correspondent Jeremy Peters explained. "One of the event's headliners was Representative Marjorie Taylor Greene of Georgia, the far-right Republican who has promoted the QAnon conspiracy theory."

But many of the attendees also agreed with the false sentiment that the Jan. 6 attack on the U.S. Capitol was not an "insurrection."

One business owner, 61-year-old Tony Buscemi, told the Times that the Jan. 6 event was a “mostly peaceful" gathering.

“People were praying. People were singing," Buscemi said, recalling that his daughter had convinced him not to personally breach the Capitol. “There was no insurrection... I didn't see anything wrong with it."