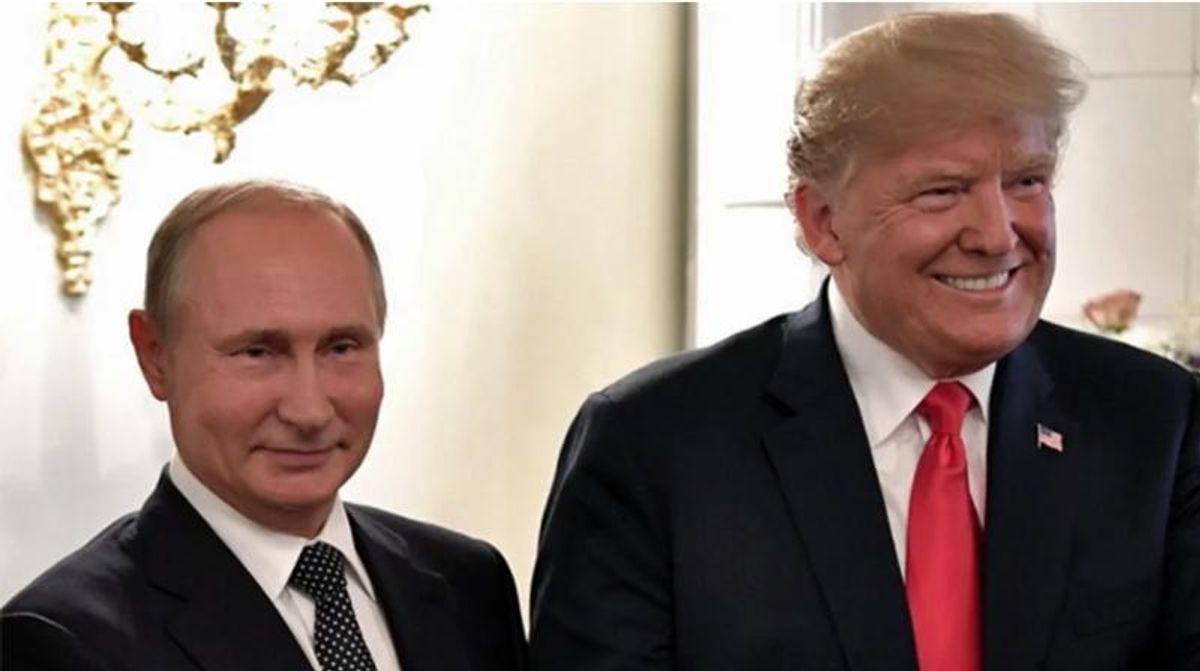 Kremlin photo of Putin and Trump

New facts are still coming out about former president Donald Trump's use of Russian misinformation to get elected president -- and to nearly overturn his election loss.

The twice-impeached one-term president has been banished from Twitter and, at least for now, Facebook, so his ability to pump out falsehoods has been severely diminished, but the government has recently revealed new evidence about how Russia influenced U.S. politics using his social media reach, reported CNN.

"Did Trump's 2016 campaign interact with Russians and did those Russians send information back to the Kremlin? Yes," wrote CNN's Zachary Wolf. "The Treasury Department made the revelation of Russia's 2016 interference in April, announcing new sanctions for Russia's attempted election meddling in 2020."

"This new revelation strengthens the evidence of collusion between the Trump campaign and the Russian Government and raises important questions about the nature of the polling data that was shared and about Kilimnik's activities and network," wrote Wendy Siegelman for Byline Times. "Both questions lead to a company that deserves further scrutiny – Cambridge Analytica."

That data company, where Manafort's successor Steve Bannon served on the board, also passed along data harvested from Facebook to Russia that helped direct highly targeted misinformation to individual social media users in the final days of the 2016 campaign .

"Adjacent to Russia's interference in 2016 is Trump's attempt to dig up dirt on Joe Biden ahead of 2020," wrote CNN's Wolf. "Despite Trump's impeachment, we may still learn from the active federal investigation into what exactly Trump's lawyer Rudy Giuliani was doing for Trump in Ukraine and elsewhere."

This week, federal Judge Amy Jackson Berman accused former attorney general William Barr of mischaracterizing the findings in special counsel Robert Mueller's investigation to shield Trump from possible criminal prosecution, and ordered the Justice Department to release an unredacted version of the memo he used to justify the inaction.

Also this week, Facebook announced that Trump would remain banned for at least six more months, after he used the social media platform to push misinformation about his election loss that resulted in his supporters violently storming the Capitol to stop Congress from certifying Joe Biden's win -- with perhaps one more assist from Russia.

"Trump, Russia and other actors generally seek to polarize the country by spreading false facts," Wolf wrote. "That's not going to stop anytime soon, regardless of what Facebook does to Trump or how many Russian misinformation efforts it takes down. The misinformation spreads to COVID, to vaccines, everywhere."