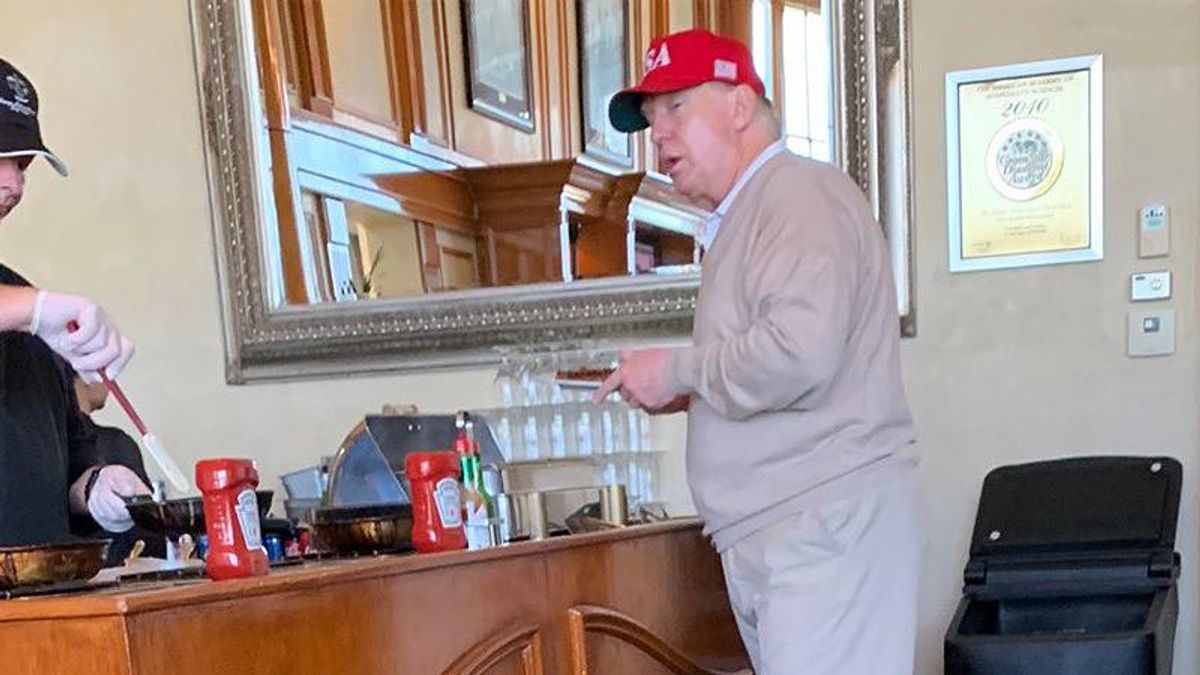 Donald Trump is finding himself at a disadvantage in his war against Rep. Liz Cheney (R-WY) now that he's been banned from Twitter.

The former president has made Cheney's political destruction a vital priority after the Wyoming Republican spoke out in favor of his impeachment -- which she then voted for -- but it's harder to exert his influence over the Republican Party without his social media account, reported The Daily Beast.

"Due to Twitter's banning of the @realDonaldTrump account following the Capitol riot that Trump instigated, he has not been able to personally trash Cheney via his once widely read tweets," the website reported. "He has written out insults and observations, several of them about Cheney, but with no ability to tweet them himself, he has resorted to suggesting put-downs for others to use or post to their own Twitter, according to a person with direct knowledge of this new habit."

Trump has recently complained that Cheney is "totally phony" for backing him on foreign policy and other matters but speaking out against him after he helped incite the deadly Jan. 6 insurrection at the U.S. Capitol, for which House Democrats impeached him an unprecedented second time before he left office.

The former president has told his GOP allies they can't let Cheney "get away with" her support for impeachment, and Republicans are more angry about her statement -- which was frequently quoted by Democrats during deliberations, although she ultimately never spoke -- than her vote to impeach.

"You're given resources to protect members, and you did the opposite," said a Republican congressional aide. "That's where the anger lies."

Trump has gloated that Cheney "has no friends" because Democrats don't like her and the former president's allies are trying to remove her as the third-ranking GOP member -- a fight that Trump views as a test of his post-presidency powers.

"I don't think any outside observers are taking us seriously as a governing party moving forward," said a House Republican aide. "We're going to have a 'conversation' about Marjorie Taylor Greene, and then vote to remove the top female leader of the party?"
SmartNews
Report typos and corrections to: corrections@rawstory.com.
READ COMMENTS - JOIN THE DISCUSSION