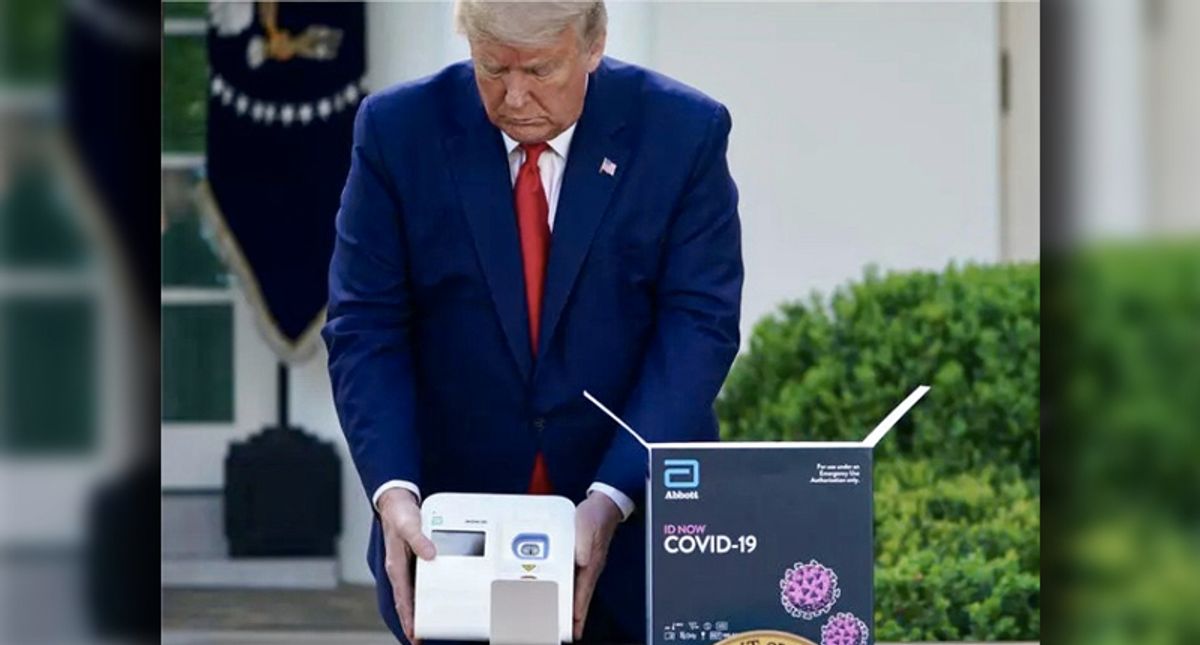 "Absolutely, without a doubt," Kelly told the website. "If he had come out and even taken a picture of himself getting it, he could have saved many lives."

Kelley and Lizzie had remained friends since college, but Lizzie had drifted toward conspiracy theories after moving back home to West Virginia, and she expressed skepticism about the vaccines.

"The exact quote was, she was not going to put that shit in her body," Kelley said, asking to keep her friend's last name private. "I said, 'You'll eat a cheeseburger from McDonald's and you have no idea what's in it.'"

Kelley knew her friend's husband was a strong Trump supporter, and she regrets not pushing her friend more to get the vaccine despite her skepticism and their political differences.

"I was the one person she listened to," Kelley said. "She might have listened to me. I just let it go with her, not thinking the worst would happen."

Kelley saw a March 19 Facebook post by Lizzie's sister lamenting that her family had COVID-19 after making "one mistake" after being careful about the virus, and she knew that Lizzie must have caught it, as well.

She called her friend, who confirmed she had tested positive, on the following day, and Kelley shared tips for dealing with the infection, but Lizzie texted March 26 to notify her that she was being admitted to a hospital after other family members had been, as well.

"I can't breathe, I feel awful. This is the worst thing I've ever been through," Lizzie said in the text.

Lizzie's condition worsened March 31, and her Trump-loving husband sent a Facebook message later that day notifying Kelley that she had died, and Lizzie's sister died Tuesday in ICU unaware that her sister had preceded her.

"All this could have been avoided," Kelley said, haunted by the vaccine hesitancy that she blames on the former president. "He has a lot of blood on his hands."