Trump infuriated an Aerosmith guitarist with a 'skeevy' comment about women in front of his wife: report 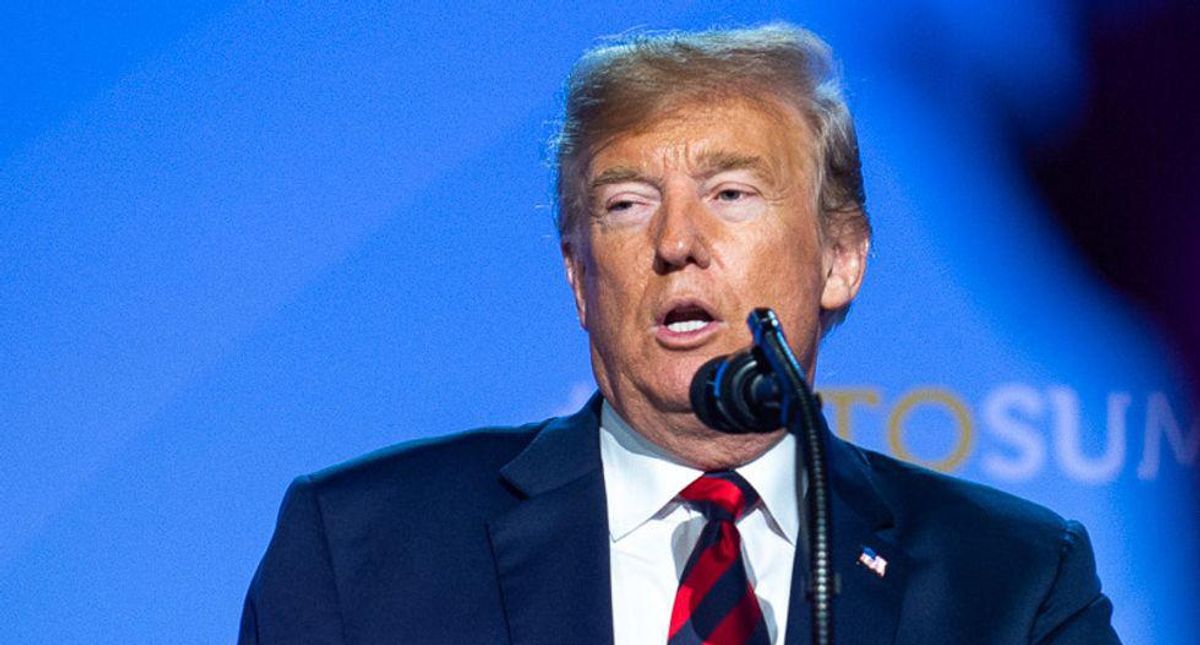 According to a report from Business Insider, fledgling presidential candidate Donald Trump hung out backstage with the rock band Aerosmith before one of his debates with former Secretary of State Hillary Clinton and proceeded to anger lead guitarist Joe Perry with an offensive remark in front of the band member's wife.

The report notes that band members scored tickets to the debate in Cleveland and were invited backstage where the New York businessman bantered with members of the group instead of doing last-minute prep before taking on his 2016 Democratic opponent.

According to Business Insider, all went well until Trump made an off-hand comment in front of Perry and his wife that "soured" their relationship with him and later led to them banning him from using their songs at his rallies.

The report from Business Insider states Trump made a "skeevy remark about casual sex."

"On the way out the door, Trump says something about, 'Rock stars have all the ladies,' which apparently Perry got mad at, because he's been married for decades and takes all that stuff pretty seriously," according to Trump's then-general counsel Donald McGahn.

The report adds the band later considered suing the now-ex-president, with Insider reporting, "The awkward get-together didn't even benefit Trump's campaign playlist. [Singer Steven] Tyler has repeatedly warned Trump about blasting Aerosmith songs at his political rallies, peppering the campaign with multiple cease and desist letters in 2015 and 2018."